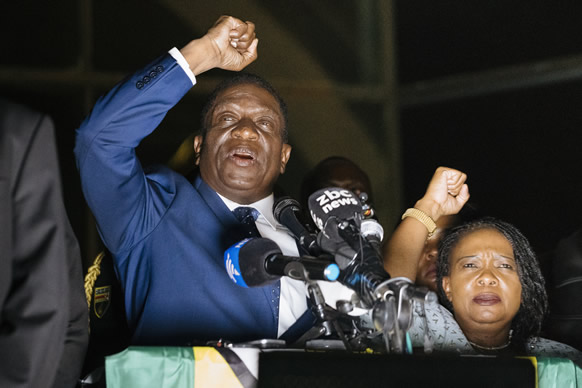 A Zimbabwean court adjourned until Thursday the bail hearing for former Finance Minister, Ignatius Chombo, who is facing charges of corruption dating back two decades.

Chombo, who did not appear at the court on Wednesday, was detained after the military seized power in “Operation Restore Legacy” mid-November, which it said was meant to remove “criminals” around former President Robert Mugabe.

He faces charges including trying to defraud the central bank.

The High Court had been due to sit on Wednesday to hear Chombo’s appeal against a lower court ruling on Nov. 27, denying him bail pending his trial on Dec. 8.

The state prosecutor said he needed time to prepare his case.

This is the second time the court has postponed the hearing after an initial sitting on Friday was delayed for the same reasons.

His lawyer says Chombo will deny the allegations at his trial.

Chombo was among members of the G40 political faction allied to 93-year-old Mugabe and his wife, Grace, who were also expelled from the ruling ZANU-PF party.

Some supporters of new President Emmerson Mnangagwa have called for unspecified action against G40 but the president has urged citisens not to undertake any form of “vengeful retribution”.

Mnangagwa, who was sworn in on Nov. 24, and is under pressure to root out rampant corruption stifling the economy.

On Nov. 28, he opened a three-month amnesty window for the return of public funds illegally stashed abroad by individuals and companies.

Upon the expiry of the amnesty at end of February next year, the government will arrest and prosecute those, who have failed to comply, he said in a statement.