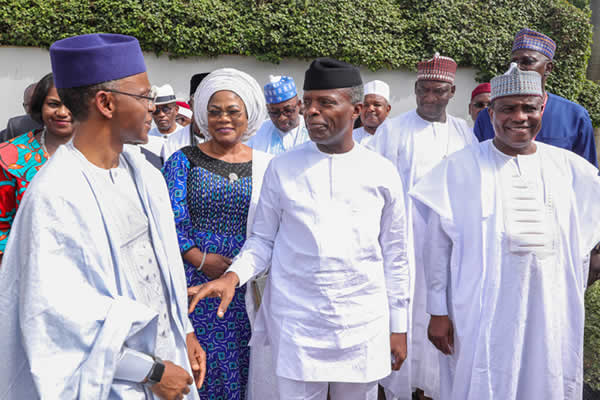 Vice-President Yemi Osinbajo on Monday said a couple of “strategic advice” from independent sources, anti-corruption committees and special panels set up for the recovery of assets that were allegedly looted by previous government officials, had prevented the current administration from going forward with its desire to prosecute the looters.

He disclosed this at the 2017 celebration of the International Anti-corruption Day organised by the Inter-agency Task Team in Abuja.

He also stated that the government had succeeded in weeding out 50,000 ghost workers from its payroll in the last two years, while the Economic and Financial Crimes Commission had charged 17 suspects to court for allegedly contributing to the crime.

The vice-president, who was represented by his Special Adviser on Rule of Law, Mr. Akingbolahan Adeniran, however explained that many assets were being recovered from those who stole from government.

He said, “The administration has relied a lot on strategic advice, looking at the fight against corruption from a broad perspective, and basically relying on independent advice in order to move forward in fighting corruption.

“It is focused a lot on prevention, and this is one aspect that a lot of people do not talk about so much. Then enforcement, this is the key aspect of the fight against corruption, there has to be accountability for those who basically violate the law.

“Then asset recovery, which is a key element of the fight against corruption. As regards assets recovery, where there has been no conviction, it is because of the strategic advice that we were given.”

Osinbajo also said the government had approved a National Anti-corruption Strategy, with which it would engage all strata of the Nigerian society in the fight against corruption.