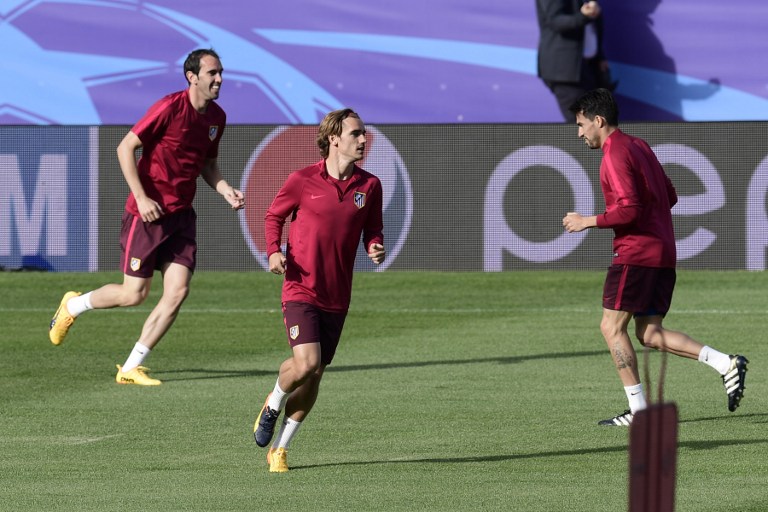 Twice finalists in the last four seasons, Atletico Madrid’s Champions League campaign came to an abrupt end this time round as they failed to reach the last 16 for the first time in five seasons.

Diego Simeone admitted his side were “condemned” by their inability to beat Azerbaijani Champions League debutants Qarabag over two games as despite taking four points from a possible six off group winners Roma, they finished third also behind Chelsea in Group C.

Having just moved into a new 310 million euro ($367 million) stadium at the Wanda Metropolitano, which will host next season’s Champions League final, and broken the club’s transfer record to bring Diego Costa back to the Spanish capital in January, an early Champions League exit is also an untimely financial blow.

Here, AFP Sports looks at the repercussions for Atletico.

– Financial fallout –
In six years in charge, Simeone has transformed Atletico from perennial underachievers on the field which has, in turn, dragged the economic power of the club into Europe’s elite.

According to Deloitte’s Football Money League, Atletico had the 13th highest income in world football in the 2015/16 season and revenue is expected to increase in the long run thanks to the greater capacity of the Wanda Metropolitano.

However, Atletico made 69.6 million euros in prize money and TV revenue from the Champions League alone in 2015/16.

Even with an extended run in the Europa League, Madrid sports daily AS reported on Wednesday Atletico are likely to pick up just 30 million euros from a failed European campaign.

Atletico will be able to register new players for the first time in 18 months from January 1 after a FIFA imposed transfer ban with nearly 100 million euros already committed to the signings of Costa and Spanish international Vitolo.

The club also made a huge financial effort to put key players Antoine Griezmann, Koke and Saul Niguez on improved contracts during the transfer ban.

Spanish media reported on Wednesday that at least two and possibly three players will need to be sold in January to help Atletico balance the books.

However, Atletico’s fear remains that Griezmann, the club’s top scorer for the past three seasons, will be lured away come the summer with his 100 million euro buyout clause easily attainable for interested giants like Manchester United, Barcelona or Real Madrid.

“Completely the opposite,” Simeone responded when asked if he was concerned about an exodus after Tuesday’s 1-1 draw at Chelsea. “We turn the negatives into the positives.”

Atletico will at least be able to count on their charismatic coach, who extended his own deal to 2020 in September.

– Europa League consolation –
The last time Atletico failed to make it out of the group stages of the Champions League was back in 2009/10, when they went to win the first of two Europa League titles in three seasons.

“There is no point crying over spilt milk, look forward to the Europa League,” Madrid sports daily AS’s editorial said on Wednesday.

“The final won in Hamburg (in 2010) built the foundations for a glorious period for Atletico.”

Two years later in Bucharest, it was Simeone’s first trophy as Atletico boss. A year on they won the Copa del Rey, and two years later La Liga.

Trophies have dried up in recent seasons, though, with the Spanish Super Cup in 2014 the last time Atletico collected silverware.

“It opens up to us a new challenge,” insisted Simeone.

Another Europa League title could ultimately kickstart another cycle of success.

Facebook Comments
What next for Atletico Madrid after Champions League exit