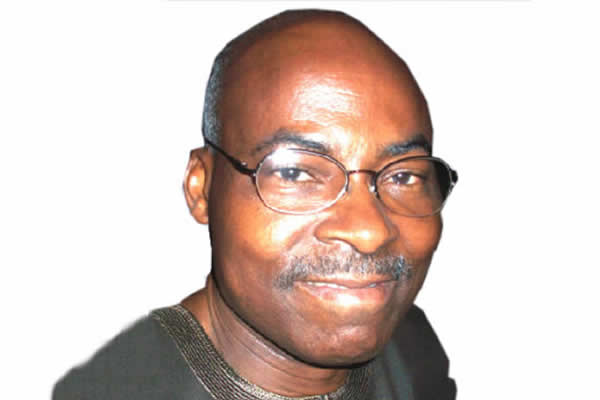 A few facts about Africa and Black Africans are worth highlighting at the outset in order to appreciate the big question I am about to ask.

With an estimated population approaching 200 million, Nigeria has the largest population of Blacks anywhere in the world, with Brazil coming second with 55 million, followed by the United States with 45 million.

The second fact is that Africa potentially has the largest mineral industry in the world, because the continent harbours large quantities of mineral resources, ranging from gold, diamond, diorite, chromite, phosphate rock, and platinum to petroleum, bitumen, and uranium. The hard fact is that there are enough mineral resources to make Africa the greatest continent on earth.

The third fact is that Africa was the seat of a great civilisation in scholarship and art during the ancient and medieval periods. Egyptian hieroglyphics developed about the same time as Sumerian writing. There was the University at Timbuktu, once described as the “Paris of the Medieval World”, where medieval scholars converged. Ethiopia featured in prominent ancient Greek literature, including Homer’s Iliad and the Odyssey. There were the pyramids in Egypt and the Sudan, the bronze heads and opa oranmiyan in Ile-Ife, and the terra cotta heads in the Jos Plateau, to mention a few.

The fourth fact is what scientists have come to label as the Out-of-Africa theory, which draws upon evidence from genetic studies to prove that the African continent was the original homeland of humanity from which others migrated to other continents, initially through land bridges that eventually got submerged under water.

One of the conclusions from the human genome project and subsequent genetic studies is that the most basic genes from which others mutated are to be found on the African continent. Put in another way, there are no genes anywhere in the world that could not be traced to Africa. In other words, the genomic tree is deeply rooted in Africa.

More recently, piggybacking on earlier work by Rebecca Cann at Berkeley and Hawai, an international survey by researchers from Cambridge, Oxford, Stanford, and other institutions produced further DNA evidence that confirms that all modern humans have a common ancestry in Africa. Here’s how Professor Peter Forster, a geneticist from Cambridge, who led the survey, put it: “…the evidence gives us a genetic link showing that the Australian Aboriginal and New Guinea populations are descended directly from the same specific group of people who emerged from the African migration”.

That’s not all. Africa also houses a much more diverse gene pool than the rest of the world. This means that it is possible for any two Africans to share fewer genes than any of them would share with someone else on another continent.

I confronted this fact head on 10 years ago. I needed bone marrow sample that could match my own 100 per cent. I came to Nigeria to obtain samples from my siblings. Although we all shared the same baseline of 50 per cent match, none of them matched me 100 per cent. However, when my doctors went to the US National Bone Marrow Donor Programme, they found a perfect match for me from a Russian woman in Moscow!

It is easy to infer the chronological age of Africans from the extent of genetic diversity on the African continent: Since it takes thousands of years for genes to mutate, any region with as much genetic diversity as Africa must be very old indeed.

Corroborative evidence from archaeology, linguistics, and migration studies affirms the diversity across the continent and its chronological age. For example, African languages are so diverse that over one-third of the languages spoken in the world are spoken only in Africa. Like genetic diversity, language diversity is a mirror of age.

The Out-of-Africa theory and Africa’s chronological age imply that all humans were once at the same level of “civilisation”. Even after the great migrations, Africa showed promise as indicated above.

The big question then is: Why did the early voluntary migrants out of Africa, leave Africans so far behind, despite the promise of growth briefly sketched above? To what extent could historical causation of Africa’s stunted development, frequently cited as slavery and exploitative colonialism, be invoked in explaining contemporaneous causation—poor leadership, governance failures, corruption, and weak public institutions?

In order to appreciate the extent of the gap between Blacks and others, compare European and American cities and rural settlements with those of Black Africa. The gap is too wide to fathom. Here on the continent, a majority of the population lives below the poverty level, is largely non-literate, and lacks the amenities of modern society. The story is the same with Blacks on the other side of the world, in Melanesia, who were among the early migrants in historic times.

However, this is not the case with the dominant populations in Europe and America, where public institutions and utilities (electricity, pipe-borne water, and piped gas to homes) function efficiently, roads are good, and literacy rate is very high. To be sure, there are slums in American and European cities, such slums are populated these days mostly by Blacks.

Even societies, such as South Korea, Singapore, and the United Arab Emirates, which began to catch on only in the last 50-60 years have left Blacks so far behind. Dubai is a great example of recent rapid sustainable development. Rather than emulate Dubai’s strides, Nigerian politicians and businessmen go there to invest their looted funds, thus aggravating capital flight, already set in motion by educational and medical tourism.

Africans may be voracious consumers of tech products and other foreign goods, such as smartphones, tablets, and automobiles, they are few and far behind on the innovation desk and production lines. Even the mineral resources explored in Africa are done by expatriates, with African governments making do with rent.

The African adventure into democracy is equally a disaster, with many politicians seeking more of self-interest than public interest. As Nigerians observe daily, the rule of law exists more in the breach than in its observance. State resources are looted on a daily basis. Whether the word is “corruption” as in Nigeria or “state capture” as in South Africa, it is the looting of state resources all the same.

The battered or looted economy, deteriorating public institutions, and high rates of unemployment have made African youths the most desperate migrants in the world. This is evident in the desperation with which they cross the Sahara Desert and the Mediterranean Sea on their way to Europe. They continue to take the risk even when it is clear that some of them get sold into slavery in Libya, while others die at sea. Their desperation in the face of all odds is a symbolic representation of the level of poverty and socio-economic degradation on the African continent.

Unless the present trend of Africa’s underachievement and the plight of Blacks across the globe are reversed, Blacks will constitute the greatest demographic danger by the middle of the century. Nigeria has the potential to lead the way. But will she ever find a leader with the political will to act appropriately?

Facebook Comments
What is wrong with Africa and Blacks?