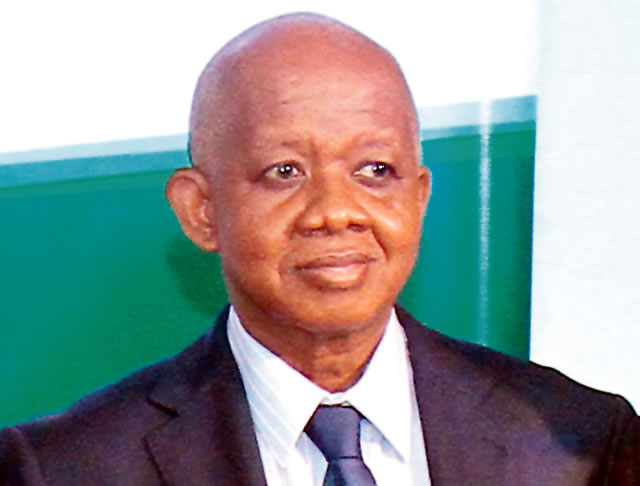 The National Judicial Council said on Thursday that it had recommended Justices Adeniyi Ademola and Segun Tokode, both of the Federal High Court for compulsory retirement over acts of misconduct.

This was despite that Justice Ademola claimed to have voluntarily resigned on Wednesday.

A statement by NJC’s Director of Information, Mr. Soji Oye, said on Thursday that the council at its meeting on Wednesday recommended the two judges to President Muhammadu Buhari for compulsory retirement.

Oye stated, “He explained that the NJC, under the chairmanship of the Chief Justice of Nigeria, Justice Walter Onnoghen, sanctioned Justice Ademola after finding the allegations contained in a petition sent against him by eight persons under the name of ‘Committee of Anambra State PDP House of Representatives Members-Elect.’

“The public is hereby informed to disregard news circulating on some news media that Hon. Mr. Justice Ademola has voluntarily retired.  The purported voluntary retirement is clearly an afterthought as Council had taken action before his decision to forward any voluntary retirement letter.”

Part of the allegations he was said to have been found to be culpable of was that the Certified True Copy of a judgment he delivered contains a paragraph that was not read in open court.

Justice Tokode ,who was appointed to the Federal High Court bench in 2015, was accused in a petition sent by the Socio-Economic Rights and Accountability Project and Miss Abimbola Awogboro, of making false claims to the Federal Judicial Service Commission and the NJC over his appointment qualification.

He was said to have submitted  six judgments he claimed to have personally conducted while practising as a lawyer.

Only one of the judgments was said to be truly conducted by him.

The submission of six judgments to the FJSC and NJC was said to be a pre-requisite for his application for appointment as a judge.

He was therefore ordered to refund the salaries and allowances he earned since his “purported appointment to the position of a judge” to the coffers of the judiciary.

The statement stated in part, “The National Judicial Council, under the Chairmanship of the Hon. The Chief Justice of Nigeria, Hon. Mr. Justice Walter Samuel Nkanu Onnoghen, GCON, at its 84th meeting which was held on  November 26, 2017, recommended the compulsory retirement from office of Hon. Mr. Justice A. F. A. Ademola and Hon. Mr. Justice O. O. Tokode both of the Federal High Court for misconduct.

“Hon. Mr. Justice A. F. A. Ademola who had forwarded his notice of retirement on 10th October, 2017 to the Council against 9th April, 2018, when he will attain the mandatory retirement age of 65 years was recommended for compulsory retirement from office to President Muhammadu Buhari, GCFR, pursuant to the findings by the Council on the allegation contained in the petition written against His Lordship by a group of eight persons under the name of Committee of Anambra State PDP House of Representatives Members-Elect alleging His Lordship of the following:

“That on the adjourned date, His Lordship did not deliver the judgment but adjourned the case sine die, to await the decision of the Supreme Court on another matter on the same issue, on the list of PDP candidates for Anambra State for the General Elections of 2015;

“That His Lordship speedily heard and delivered judgment in another case in Suit No. FHC/ABJ/CS/254/2015 filed later on the same issues, with intent to confer undue advantage on the Plaintiff who is from a family with which the respondent has relationship;

“That the Certified True Copy of the judgment ultimately given to the petitioners contained a paragraph that was not read in open court by the Hon. Judge and that a phrase was altered, all to address an issue raised in the appeal that had already been filed by the Petitioner before the issuance of Certified True Copy;

“That some of the reasoning and conclusions of the Hon. Judge were somersaults;

“That the respondent finally delivered judgment in the case on July 8, 2016, five (5) months after the Supreme Court delivered the judgment he was awaiting contrary to the constitutional provisions that judgments should be delivered within a period of 90 days.

“Though the petitioners withdrew their petitions in accordance with the Regulation 16 of the National Judicial Council Judicial Discipline Regulations of 9th March, 2017, Council viewed His Lordship’s action of non-delivery of judgment within the stipulated time as misconduct contrary to Section 292 (1) (b) of the Constitution of the Federal Republic of Nigeria, 1999, as amended and Rules 1.3 and 3.7 of the 2016 Revised Code of Conduct for Judicial Officers of the Federal Republic of Nigeria.”

On Tokode’s case, the statement stated, “Hon. Mr. Justice O. O. Tokode of the same Federal High Court was also recommended to President Muhammadu Buhari, GCFR, for compulsory retirement from office with immediate effect sequel to the findings of Council on the allegation contained in petitions forwarded by Socio-Economic Rights and Accountability Project and Miss Abimbola Awogboro.

“The petitioners accused the Hon. Judge of misleading the Federal Judicial Service Commission and the National Judicial Council, by submitting six judgments he claimed to have personally conducted while practising as a lawyer; a pre-requisite for his application for appointment as a Judicial Officer, and was so appointed.

“The Investigation Committee of Council however found that the Hon. Judge personally conducted only one of the six cases submitted.

“Therefore, Council decided to recommend his compulsory retirement and the refund of all salaries and allowances he earned since his purported appointment to the position of a judge to the coffers of the judiciary.

“In the interim, the National Judicial Council in exercise of its power under paragraph 21 sub-paragraph (d) of the Third Schedule of the Constitution of the Federal Republic of Nigeria, 1999, as amended, has suspended Hon. Mr. Justices A. F. A. Ademola and O. O. Tokode from office with immediate effect.”

The NJC said it also issued serious warning letters to four judges and placed them on a watch list.

The statement added, “All judicial officers placed on ‘watch-list’ of the Council will not be elevated or considered for special assignments during the period they are on the list.

“Within that period, Council reserves the right to consider their suitability or otherwise to continue as judicial officers based on their performance.”

The affected judges are, Justice A. N. Ubaka of the National Industrial Court; Justice Zainab Aliyu Sadat of the High Court of Niger State; Justice A. M. Lawal of Lagos State High Court and Justice Linda Amina Yarosi of the Customary Court of Appeal.

It stated, “The Council also issued serious warning letters to Hon. Mr. Justice A. N. Ubaka of the National Industrial Court of Nigeria for failure to deliver Ruling in Suit No. NICN/BEN/51/2014 within the time specified  by law.

“The Council did not accept the reasons given for failure to deliver the ruling within time.

“The Hon. Judge has also been placed on watch-list of the Council for the next one year.

“Council also gave a warning letter to Hon. Mr. Justice Zainab Aliyu Sadat of the High Court of Niger State and placed her on the watch-list for three years for claiming that the defendant in Suit No: NHSC/MN/46/2016 failed to make available authority cited by them after submission of the argument to her.

“Hon. Mr. Justice A. M. Lawal of Lagos State High Court was also issued a warning letter and placed on ‘watch list’ for one year by the Council for unnecessary delay in delivering his ruling and giving his personal phone number to parties.

The NJC was also said to have dismissed the petitions against nine judges.

One of the dismissed petitions was by a former National Chairman of the Peoples Democratic Party, Senator Ali Modu Sheriff, against Justice A. Liman of the Federal High Court.

Sheriff, who accused Justice Liman of corruption, was said to have failed to honour the invitation of the Investigation Committee on the three occasions that he sat to investigate the matter.

Those who were also exonerated were Hon. Mr. Justice F. I. Kola-Olalere and Justice B. B. Kanyip both of the National Industrial Court of Nigeria.

The statement added that the petitions written against Chief Judge, Rivers State Justice Adama Iyayi-Laminkara; Chief Judge, Niger State, Mr. Justice Maria Sanda Zukogi’; Justice Eyo Effiom Ita of High Court, Cross River State; Justices S. A. Orugboyo and R. I. B. Adebiyi of  High Court, Lagos State, were dismissed by the Council as all the Petitioners withdrew them and Council found no serious issues for further consideration in the allegations.

The petition written against Hon. Kadi Al-Hafis M. Abubakar of the Katsina State Sharia Court of Appeal by Mr. Ibrahim Mukhtar Mashi was dismissed by the Council for lack of merit.

The statement added, “Council exonerated Hon. Mr. Justice Simon Akpah Amogeda of the Federal High Court from corruption allegation by Ernest J. Henry, who could not substantiate his allegation.

“The Council decided to write the Petitioner a warning letter for maligning the name of the Hon. Judge.”