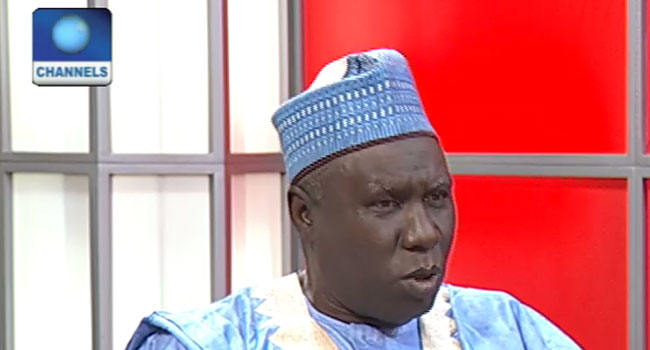 The Adamawa State Government has said that one of its staff members was lost to Friday’s attack in Numan local government area of the state that claimed the lives of two village heads and injured several others.

State Commissioner for Information, Mr Ahmad Sajoh said this on Wednesday, when he appeared as a guest on Channels Television’s Breakfast programmes, Sunrise Daily.

“I lost a staff. Adamawa Television Corporation lost a staff in this crisis and it hurts me very deeply but despite all the negatives, I want us to look at the positives a little,” he said.

Sajoh, however, lauded the step taken by the Federal Government through the visit of Vice President Yemi Osinbajo to the state, commiserating with the victims of the attack.

The visit by the Vice President, he said complements the efforts of the state government where he said the Governor, Mr Bindo Jibrilla cut short his foreign trip to assess the situation.

“When these things happen, the response from the Federal Government must be commended. The first was the IGP, then the GOC, now the Vice President himself came. That is a very commendable step. The government of Adamawa State too did something very positive. The governor was abroad when the first attack took place. He cut short his journey and came back.

“The deputy-governor visited Numan immediately the first attack happened. The security forces also coordinated very well by providing both soft and hard approaches to ensure that these things are contained,” he said.

The commissioner also advocated that strict punishment be meted out to people who derive joy in killing their fellow human beings.

According to him, this will serve as a deterrent to others who might conceive such sinister move.

The state’s mouthpiece also appealed to aggrieved parties not to take the laws into their hands, as doing so might ignite further violence.