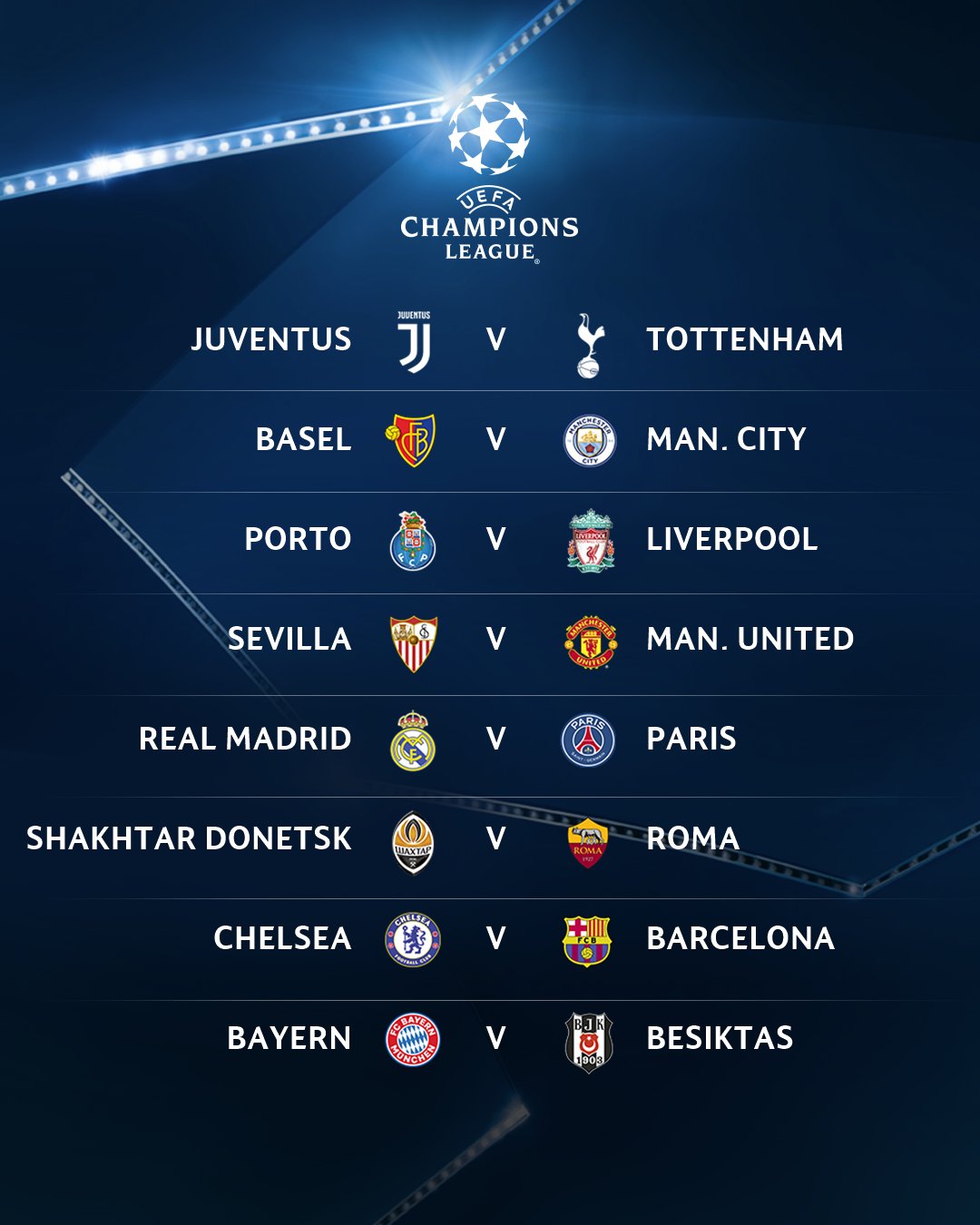 Spanish LaLiga leaders Barcelona will face Victor Moses’ Chelsea while holders Real Madrid will take on Paris Saint-Germain in the round of 16 of the 2017/2018 UEFA Champions League, according to Monday’s draw held in Nyon, Switzerland.

In other fixtires, Manchester United drew Sevilla, Bayern Munich and Besiktas will do battle, while Shakhtar Donetsk will face AS Roma.

Chelsea defeated Barcelona on the way to the London club’s only Champions League triumph in 2012.

Both clubs have had some feisty ties in the past, including in 2009 when Barca defeated Chelsea on the way to winning the title.