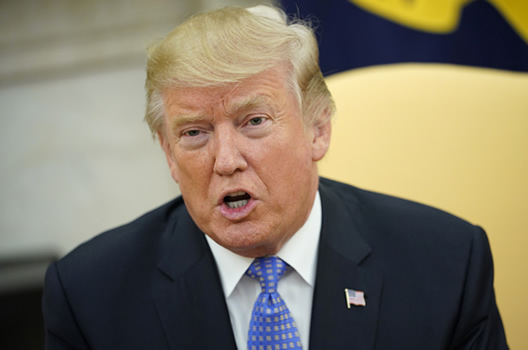 Democratic leaders of the House and Senate agreed on Monday to meet with US President Donald Trump later in the week to discuss pressing issues and avert a potential government shutdown.

“We are hopeful the President will be open to an agreement to address the urgent needs of the American people and keep government open,” Senate minority leader Chuck Schumer and House minority leader Nancy Pelosi said in a joint statement.

The White House meeting is scheduled for Thursday and comes just one day ahead of the deadline for Congress to vote funding to keep the government functioning.

Senate Democrats have threatened to block the move unless they can win concessions from Republicans on a number of issues, notably the fate of hundreds of thousands of young immigrants who came to the United States as children.

Trump rescinded that order, but then told Congress to craft a legal solution within the next six months.

Trump had been scheduled to meet Schumer and Pelosi last week but they skipped the talks after the president tweeted preemptively that he did not expect them to come to an agreement.

“We’re glad the White House has reached out and asked for a second meeting,” Schumer and Pelosi said. “We hope the President will go into this meeting with an open mind, rather than deciding that an agreement can’t be reached beforehand.”

The Democratic leaders said a number of subjects should be on the table at the meeting, which would include the Republican leaders of the House and Senate, Paul Ryan and Mitch McConnell.

“We need to reach a budget agreement that equally boosts funds for our military and key priorities here at home including the opioid crisis, pension plans and rural infrastructure,” they said.

“We have to provide funding for community health centers and (the Children’s Health Insurance Program), as well as relief for the millions of Americans still reeling from natural disasters,” they added.

“There is a bipartisan path forward on all of these items,” Schumer and Pelosi said.