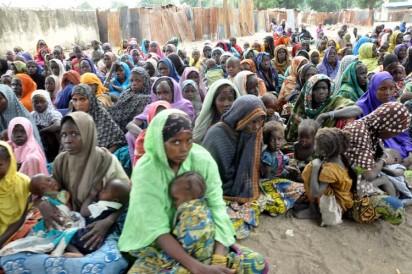 President-General of the group, Goodman Dahida, who made the call at a briefing in Jalingo, the state capital, said Tiv people were worried over what he said was a grand plan by highly-placed politicians in the state to disenfranchise them, particularly in Gasol Local Government.

He said their findings proved that the Independent National Electoral Commission, INEC, was in Sobon-Gida in Gasol council last week to register IDPs with permanent voters’ cards, PVCs, but that Alhaji Chede called on the state office of the commission to withdraw its workers from the IDPs camp.

He added that Chede mobilised some youths to go to the camp and dislodge the INEC workers.

Dahida noted that the same exercise was successfully conducted in IDPs camp in Mutum-Biu of the same local government, wondering why top politicians stopped that of Sabon-Gida.

Dahida also alleged that some politicians collected over 15,000 PVCs belonging to the displaced Tiv persons in the area, and expressed fears that the move must be because if the IDPs displaced in 2012 and 2014 were re-registered by INEC, the PVCs in the politicians’ possession would be rendered useless.

However, in a swift reaction, Chede, the lawmaker, denied stopping registration of IPDs at Sabon-Gida camp and challenged the Tiv leadership to produce the document he used to stop INEC from registering the IDPs

His words: “I can’t stop registration of the people that voted me into office. This is a campaign of calumny and I have told my lawyer to act accordingly.”

Efforts to reach the former Commissioner of Finance, yesterday, proved abortive as he neither picked calls nor replied the text message sent to his mobile phone.