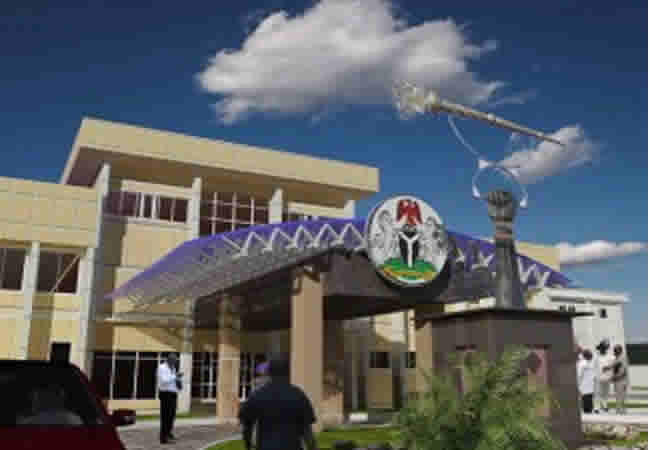 Three principal lawmakers of the Imo State House of Assembly have been suspended.

They were immediately replaced by three other members of the House.

Armed policemen had, in the morning hours, taken over the Assembly complex — an indication that trouble was lurking.

At the resumed plenary after the Majority Leader, Lugard Osuji, who represented Owerri Municipal state constituency, had moved a motion for the suspension of the Clerk of the House, Chris Duru, and supported by 21 other lawmakers, the Speaker, Acho Ihim, suspended Osuji, who had earlier announced his resignation as the Majority Leader.

Osuji, who accused the Speaker of unilaterally suspending him from the House, said  he resigned as the Majority Leader in “the best interest of the House.”

“I resigned today (Tuesday) as the Majority Leader of the Imo State House of Assembly in the best interest of the House,” Osuji said.

But a source at the Assembly told our correspondent that the Speaker played a fast one on the lawmakers in a “desperate bid” to escape an impeachment plot by the majority of his colleagues.

It may be recalled that the lawmakers had, on November 27, boycotted the proposed 2018 budget presentation by Governor Rochas Okorocha on the grounds that the Speaker had cheapened the legislature before the executive and that the governor must account for how the 2017 budget, bailout funds and Paris Club refund loan were utilised.

However, the Chief Press Secretary to the Speaker, Marcel Ekwezuo, in a telephone conversation told our correspondent that the Speaker did not escape impeachment at the plenary.

Ekwezuo also claimed that his principal did not unilaterally suspend the former principal officers.

He said, “The Speaker did not escape impeachment, neither did he unilaterally suspend the three former principal officers.

A source at the Assembly noted that the “smart game” was superintended by the Speaker to “clear the ground for the governor” to present the 2018 proposed budget before the end of the year.