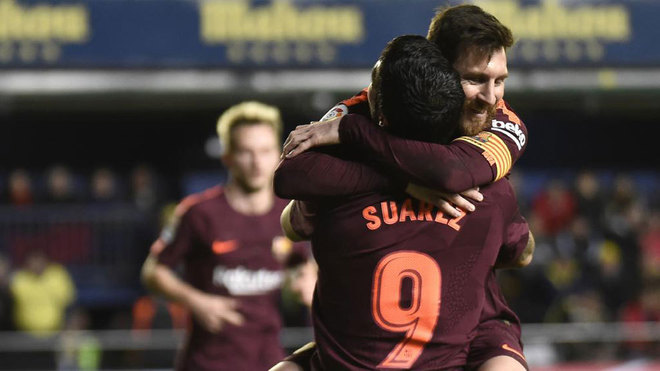 Raba’s dismissal was the turning point in Barcelona’s 2-0 win at Villarreal on Sunday, Luis Suarez has admitted as the La Liga leaders maintained their grip on the league table.

Barca restored their five-point lead at the top of LaLiga with victory at the Estadio de la Ceramica, Suarez and Lionel Messi with the goals.

However, they were made to work hard for the three points with the game with the game finely poised until Raba was sent off on the hour after a dangerous lung at Sergio Busquets.

“We knew the pressure we had, because our rivals had won and that forced us to put in a good game and add three more points,” he said, as quoted by Mundo Deportivo.

“In the first half, we struggled to create clear chances, also Villarreal played well. After the break, we managed to improve.

“Villarreal are always a very difficult opponent here at home, and it is true that the first half was very even but, after the sending-off, we were able to create more chances.”

Although Suarez credited Villarreal’s solid display but also thought Barca were well worth the win after lifting their game in the second half.

The introduction of Paco Alcacer helped turn the tide further in Barca’s favour and the striker set up Suarez’s strike within 15 minutes of coming on.

The Uruguay star added of his fellow attacker: “The introduction of Paco went very well, it was once again demonstrated how important Alcacer is for the team.”