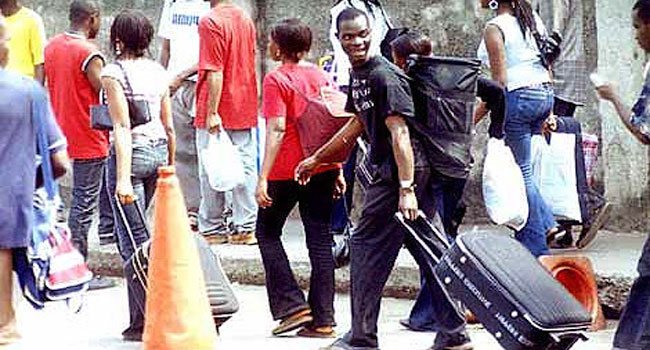 As the Non-Academic Staff Union of Universities (NASU) continues its one week strike, the West African Student Union (WAFU)  has asked the Federal Government to settle all outstanding agreements with both teaching and non-teaching university lecturers to enable them to return to classes as soon as possible.

The students also called for adequate funding of the education sector in 2018, in order to end the incessant face-off between the Federal Government and lecturers of tertiary institutions just as it has given to other sectors of the economy.

READ ALSO: SSANU, NASU, Others Shut Down OAU In Protest

President of WAFU, Zacchaeus Maikudi speaking in Ahmadu Bello University (ABU) Zaria over the weekend lamented the negative effects of the current strike by the Non Academic staff of universities on the students. He said it is high time the Federal Government deploy adequate resources to the sector, to address its endemic problems.

According to him, poor education funding had left the system with myriads of problems with negative impact on quality and standard of education in the country.

The Students Union Leader, further stressed that sound and qualitative education will only be provided if the gaps in learning facilities and welfare of staff are properly addressed through efficient and effective funding.

“We know that the Federal Government has been trying in tackling issues that have to do with ASUU strike, SSANNU strike and so on. We believe that the government is trying to see the end of all these strikes, because we had the information that some academic staff have received their earn allowances. So the only contradiction is that of the non-academic staff union. Our appeal to the federal government is to see how they can reach out to those non-academic staff Union members to see how education in this country will have a smooth running.

“We are eager to graduate, our younger ones are also coming into the system, and we want to see them prosper. Therefore, we want the federal government to please come in a special way to intervene, to see how this matter will be resolved,” he said.

Maikudi believed that proper funding of the education sector will end the lingering face-off with members of the Academic Staff Union of Universities and other unions in polytechnics and colleges of education.