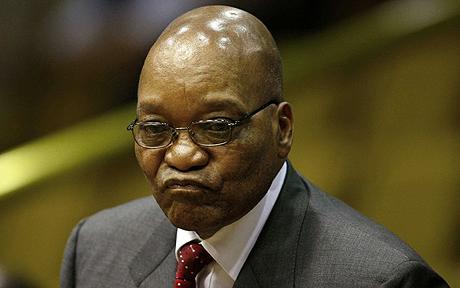 Zuma was tried and acquitted of raping Fezekile Kuzwayo, also know as Khwezi, 11 years ago, when she was a guest in his home.

In spite the acquittal the trial damaged Zuma’s reputation, not least because Khwezi – who died in 2016, was HIV-positive and Zuma told the court that he had taken the precaution of “showering” after unprotected sex.

Ramaphosa, who is vying with Zuma for leadership of the ANC and, therefore, the country, made the remarks during a radio interview on Thursday night.

When pressed on the rape allegations, Ramaphosa at first demurred before saying: “Yes, I would believe her.”

“I know how difficult and painful it is for a woman to garner up the courage to stand up and say, ‘Yes, I was raped.

“It must be one of the most difficult decisions that she has to make,” he said.

Ramaphosa has been Zuma’s deputy since 2014.

On Friday, the presidency released a terse statement in response to Ramaphosa’s remarks.

“The rape allegations against President Zuma were properly considered by a Judge of the High Court.

Having evaluated the totality of the evidence, the court acquitted Zuma of the rape charges.