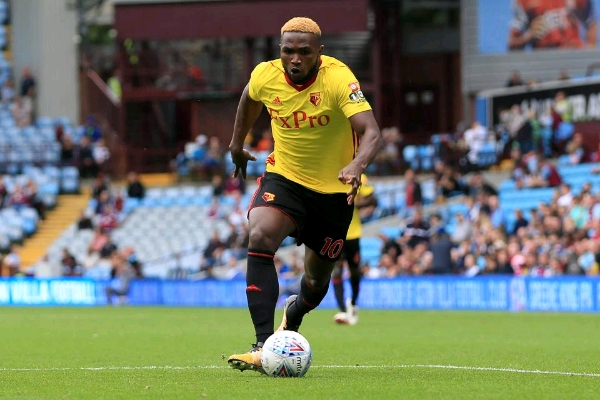 Watford manager, Marco Silva, has dispelled rumours that Isaac Success is on the verge of leaving in the January transfer window, Completesportsnigeria.com reports.

Success has not played for the Hornets in the Premier League this season, but has made one substitute appearance for the club in the Carabao Cup.

Silva told Hertfordshire Mercury that he did not speak to anyone regarding Success’ future at the club.

The Portuguese manager however urged the Nigeria international who only returned to training this week after missing two months with a knee injury, to fight his way back into the starting lineup.

“I haven’t spoken with anybody about the Isaac situation and I do not welcome this news,” Silva told Hertfordshire Mercury.

“Now is the moment for him to work hard and to train to get in the starting XI.”

The 21 year old has played 20 games and has scored one goal since he joined Watford for £12.5m, a then club-record fee last year.