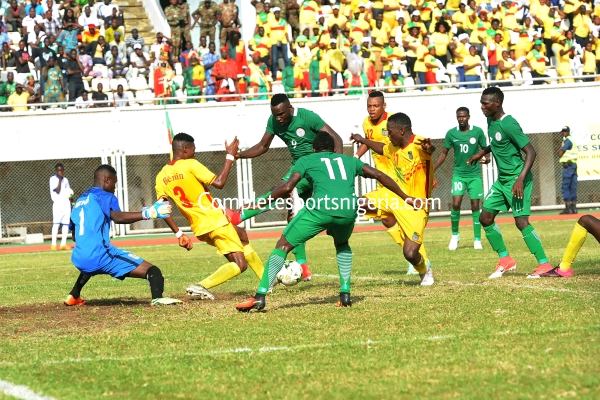 Top on the list is captain of the team, Ikechukwu Ezenwa, who recently linked up with seventh time NPFL champions from Enyimba. His club mate Theophilus Afelokhai and Plateau United’s Dele Ajiboye are the two other goalkeepers on the list.

Other key members of the team who have also been invited are NPFL top scorer Anthony Okpotu, Sikiru Olatunbosun of MFM, Peter Eneji and Kingsley Eduwo.

The likes of Victor Mbaoma who scored 10 goals for relegated Remo Stars in the league last season and now with MFM FC, Sunday Faleye and Joseph Osadiaye have been invited for the first time.

The players are expected to start arriving in camp in Kano Sunday. Their first game of the competition is against NPFL champions Plateau United next Wednesday.

The team is using the competition to prepare for the African Nations Championship which will kick off in Morocco on January 13 and end on February 4.

The home-based Eagles have been drawn in Group C with Rwanda, Libya and Equatorial Guinea.