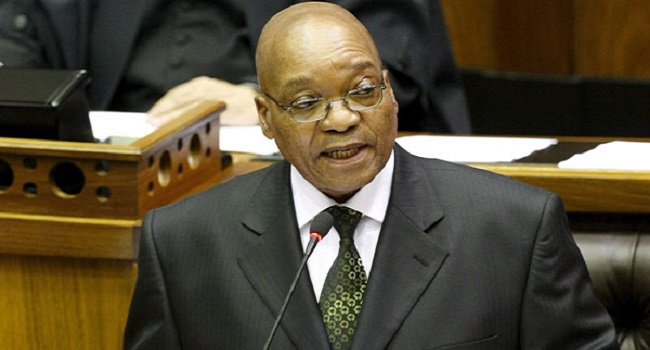 Ramaphosa is a leading contender to take over from Zuma as head of the ANC ruling party later this month, and could succeed him as national president at elections due in 2019.

Zuma was found not guilty of raping Fezekile Kuzwayo in 2006, before he became president in 2009.

“The outcome of the case led to the acquittal of President Jacob Zuma,” Ramaphosa said in a radio interview late Thursday.

Pushed on whether he believed Kuzwayo’s allegations, he said: “I know how difficult and painful it is for a woman to garner the courage to stand up and say ‘Yes I was raped’.

“It must be one of the most difficult decisions she has to make, so yes, I would believe her.”

Ramaphosa, who has been Zuma’s deputy since in 2014, is competing with Zuma’s ex-wife Nkosazana Dlamini-Zuma to become the ANC leader at a party conference starting on December 16.

President Zuma’s office issued a terse statement on Friday, saying that the verdict at his trial was clear.

“The rape allegations against President Zuma were properly considered by a judge of the High Court,” it said.

“Having evaluated the totality of the evidence, the court acquitted the president of the rape charges.”

During the trial, Zuma told the court he had showered after having consensual sex with his young HIV-positive accuser to avoid contracting the virus.

He was head of the country’s national AIDS council at the time, and the case fuelled public outrage over AIDS prevention and sexual violence in South Africa.

Kuzwayo, who was the daughter of a close friend of Zuma’s, fled abroad after her family home was burnt down, and she died last year aged 41.

She said she was raped in a spare bedroom of Zuma’s Johannesburg home in November 2005.