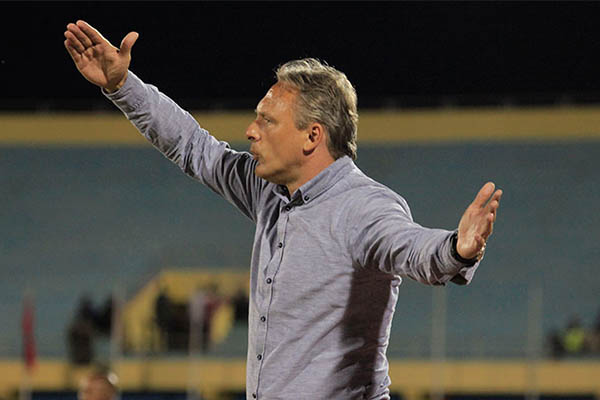 By Adeboye Amosu:
Rwanda head coach Antoine Hey says he is unperturbed with his tteam’s poor showing at the CECAFA Senior Challenge Cup, stating that his aim is to get his players in proper shape for the African Nations Championship in January, reports Completesportsnigeria.com.
Hey fielded an entirely new team for his team’s second game against Zanzibar on Tuesday which they lost 3-1.
It was their second defeat of the competition, coming after their 2-0 opening day defeat against the Harambee Stars of Kenya.
“It is never a good thing for anyone to lose but to me what is more important is to give these young players a chance to develop,” Hey told reporters ahead of Rwanda’s final group game against Libya.
“This is the best opportunity for them to learn because in the event we have injuries or suspensions for big matches, it is never the right opportunity to give them (young players) game time.
“It was a good test for  our players because some of them are playing their first match on the international level. It is a learning process to get players ready for CHAN and see what options we have. The loss gave us good insight on what players we can count on and which ones need more time.”
He also  admitted that the team is not ready for CHAN which starts mid-next month but acknowledges with the tournament and a few weeks of training, he will be able to get the team into the shape he requires.
“We are testing different line ups, different positions and tactics and it is part of our long term to build the young players,” he noted.
Rwanda will face the Super Eagles of Nigeria in their first group game at the CHAN on January 15 in Tangier. Libya and Equatorial Guinea are the other teams in the group.
The competition will stars on January 13 and end on February 4.