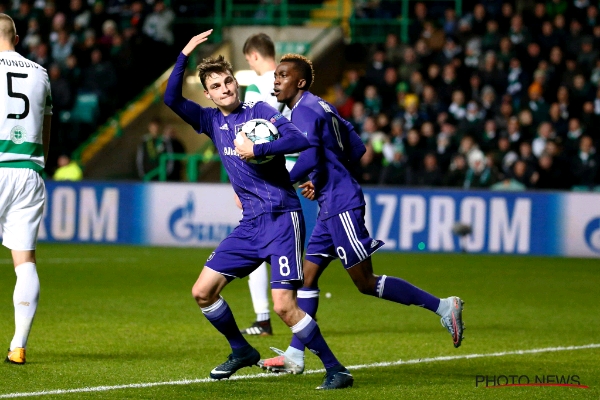 Super Eagles forward Henry Onyekuru was on target for Anderlecht but it was not enough as they lost 3-1 at home to Sporting Charleroi in the Belgian top division on Sunday.

The goal was Onyekuru’s ninth after 16 league appearances for Anderlecht since joining them on loan from Everton this season.

Charleroi took a 1-0 lead through Kaveh Rezaei in the 16th minute after scoring from the penalty spot.

Anderlecht found themselves 2-0 down in the hour mark following a goal by Sven Kums.

In the 74th minute, Cristian Benavente made it 3-0 in favour of Charleroi.

Alhassan, who started the game, was later replaced in the 73rd minute for Austria Wien.

He has now gone nine league games without a goal and has just one goal in 12 league appearances.

And in the Russian league , Nigerian duo Brian Idowu and Fegor Ogude featured for Amkar who lost 3-1 to visiting FC Krasnodar.

Both players were in action for 90 minutes in the game.