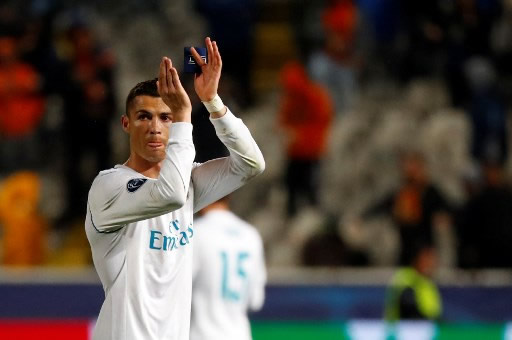 Cristiano Ronaldo’s Real Madrid will continue their bid for a first European Cup treble in 40 years against Neymar’s Paris Saint-Germain after the big-spending duo were on Monday drawn together in a mouth-watering Champions League last 16 clash.

No club has won the European title three years running since Bayern Munich in the mid-1970s, underlining how big an achievement it would be if Madrid — 12 times winners overall — won the trophy again in the final in Kiev in May.

They know exactly what it takes to be European champions, and in Ronaldo have the most prolific goal-scorer in the competition’s history.

Real’s La Liga rivals Barcelona were drawn against Chelsea, while English Premier League leaders Manchester City play Basel, who have had some fine results against English sides in recent years.

With a record five English clubs in the draw, three-time champions Manchester United face Sevilla and Liverpool, five-time winners, will be up against two-time former champions Porto.