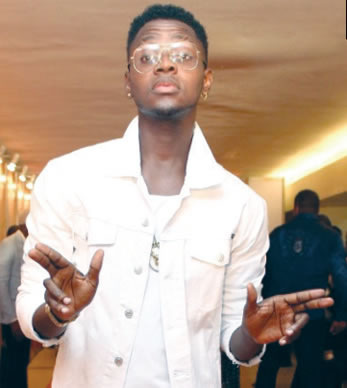 For lovers of intrigues and drama, this may well be the perfect opportunity to indulge in their hobbies. It is no longer news that trouble is brewing between Yeba singer, Kiss Daniel, and his record label, G-Worldwide Entertainment. The latter has been dragged to court and he was reportedly ordered to stop recording new songs, performing at events, and even using the name ‘Kiss Daniel’ without the express permission of the label. On his part, Daniel has feigned ignorance of the court order, saying that such a document only exists in the company’s imagination.

However, in an exclusive chat with Kiss Daniel’s former manager, Louiza Williams, she painted a clearer picture of the crisis. She said, “It is not true that he is unaware of the court order. Court officials went to his house to serve him the documents but he avoided them. When he was told by his gateman that he had visitors, he said he was coming out to see them. But when he discovered they were from the court, he refused to come out, and rather sent someone to collect the papers on his behalf. Meanwhile, the court official had been specifically instructed to make sure the documents were received by Kiss Daniel himself. Kiss managed to dodge receiving the court papers; probably because he was afraid he would be arrested. They are trying to do damage control and cause confusion to divert attention from the real issue. How can the Federal High Court lie? I would just advise them to respond to the court suit, and on January 9, 2018, Kiss Daniel has to be in court for the hearing.”

Speaking further, she said, “He had been taking bookings from behind but because of the court orders that we made public, most of the clients are now panicking. They have been putting pressure on him to refund their monies. Many of them have also been calling us.”

Hinting on what would happen if Kiss ignored the court order and continued releasing songs and performing at shows, Williams said, “Even if he goes ahead to release an album or fails to maintain the status quo like the court ordered, we wouldn’t take laws into our hands. But that would be against the court order and you know what that means. We would only need to provide a proof that he indeed disobeyed the court’s order.”

Speaking on what right G-Worldwide has to tell Kiss Daniel to stop using the name he is famously known as, Louiza said, “I cannot really speak on the origin of the name but what matters is the contract he signed. Personally, I don’t like reading artistes’ contracts because I believe it is between the individual, their lawyers and the record label. I don’t like to be privy to the contracts because I am not a biased person. Irrespective of the relationship between me and the artiste, once I notice that there is a breach of contract, I would speak out. However, I am sure that whatever the label is doing now is based on the contract that was signed between both parties. If he did not sign away the right to whatever name, then the label wouldn’t ask him to stop using it. Though I have been told he actually signed something to that effect.”

Meanwhile, calls put across to Kiss Daniel’s Flyboy Inc were unanswered as of the time of filing this report.