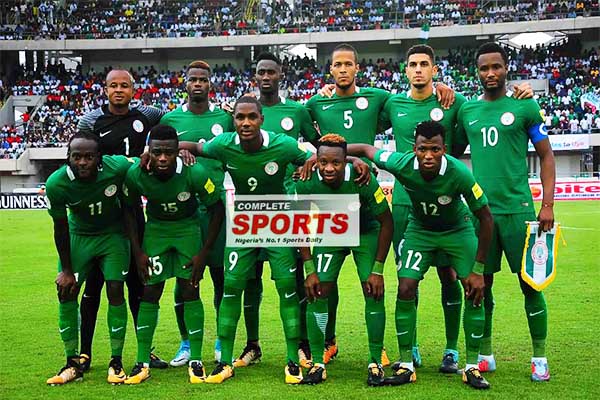 By James Agberebi:Nigeria Football Federation (NFF) President Amaju Pinnick is optimistic the Super Eagles can reach the semi-final of the 2018 FIFA World Cup.

The draw for the 2018 World Cup was held last Friday with the Super Eagles placed in Group D alongside Argentina, Iceland and Croatia.

The Eagles will open their World Cup campaign against Croatia on June 16.

Speaking as a guest on CNN with anchor, Alex Thomas, Pinnick stated that the belief in the current Super Eagles squad will go a long way in seeing them perform in Russia.

“When we were going to play against Argentina, it was six to one,” Pinnick said.

“But in Nigeria once we believe, we always conquer. When we wanted to play them three weeks ago, nobody gave us a chance. But a day to the game the coach came to me and said ‘we are going to make a difference because we are going to apply different tactics’. And I said ‘if it will work then let’s go’.

“Now our players captained by Mikel, who has demonstrated exemplary leadership, with the coach and of course indeed the support from all Nigerians, we want to believe we can do very well at the World Cup.

“CAF is coming up with an initiative whereby every African representative to next year’s World Cup gets support, each representative is getting $500,000 and even buying equipment and supervising and getting the technical department of CAF involved. So CAF want to see an African team in the semi-final, the final or even win the World Cup and I believe we can.

“For instance Liverpool cannot do without Salah, Chelsea struggled a bit without Victor Moses. So Africa has come of age and now there are no minnows in football. Look at a country like Iceland that topped their World Cup qualifying group and got to the quarter-finals of the European Championship, a country with just 300,000 people. They are largely unknown, but it is the patriotic zeal and that is what we have in Nigeria.”

Africa’s other representatives at the World Cup are Egypt, Senegal, Morocco and Tunisia.

Pinnick also boasted that the current crop of players in the team will be around for a long time.