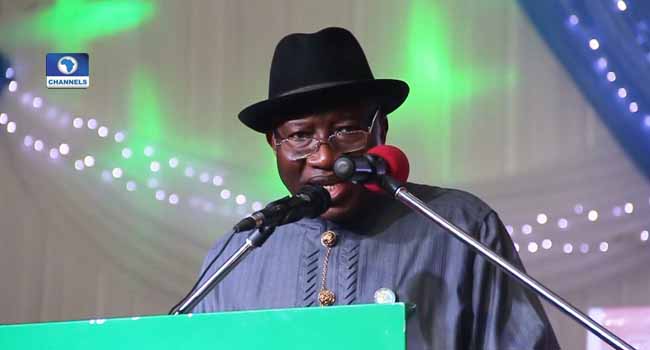 Former President Goodluck Jonathan has declared that the Peoples Democratic Party (PDP) will emerge stronger after the completion of the December 9 National Convention.

Jonathan said that an elected National Working Committee will set in motion the preparation for the 2019 General Elections adding that this will solidify the reemergence of the opposition party.

He said although the PDP has been confronted with various challenges, that phased is gone and there is much hope in the success of the upcoming national convention set to hold on December 9.

“The party passed through some challenges.  Luckily for us, we have passed through that phase with the pronouncement of the Supreme Court. We want to formally elect the officials of the party that will lead the party to the 2019 elections. I am very hopeful that on the 9th of December we will elect our leaders,” Jonathan added.

Commenting on the performance of Governor Wike, the Former President described him as one of Nigeria’s best in terms of projects delivery and policies.

“He is one of the best governors in terms of commitment, in terms of putting structures on the ground, in terms of coming up with creative policies. He met certain structures, he has improved on them and he has built new roads and infrastructure,” Jonathan said.