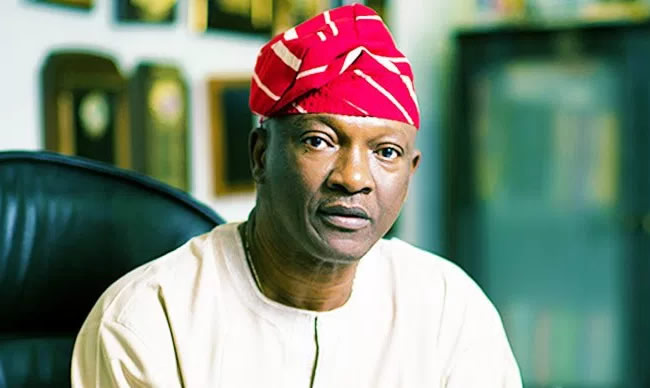 A former Lagos State governorship Candidate, Mr. Jimi Agbaje,  has shelved his ambition to be the next chairman of the Peoples Democratic Party.

Agbaje said this in a statement on Saturday a few hours after the PDP convention began.

The PDP chieftain said the inability of the South-West PDP to pick a consensus candidate has affected the chances of the region to produce the next chairman.

He, however, said he was willing to cooperate with anyone who emerged as the chairman of the party.

Agbaje is the second aspirant to step down after Chief Bode George made a similar move last night.

Agbaje said, “Our great party, the Peoples Democratic Party, has, from inception, adopted certain principles, which have evenly balanced offices amongst the country’s geo-political zones.  In line with such and other parameters, I have, at different fora, expressed my strong belief that the next National Chairman should come from the South-West.

“I am however convinced that with sevenn out of all nine aspirants coming from the South-West, this multiplicity of contenders will work to the detriment of our zone when it comes to voting.

“Delegates’ votes split seven ways will not produce a chairman from the South-West. It therefore becomes necessary to prune our number down to no more than two.

“With less than 24 hours to the convention, I have painfully decided to withdraw from the race hoping that others will join me in bringing down the number such that the South-West can have a fighting chance of clinching the National Chairmanship of the PDP.”