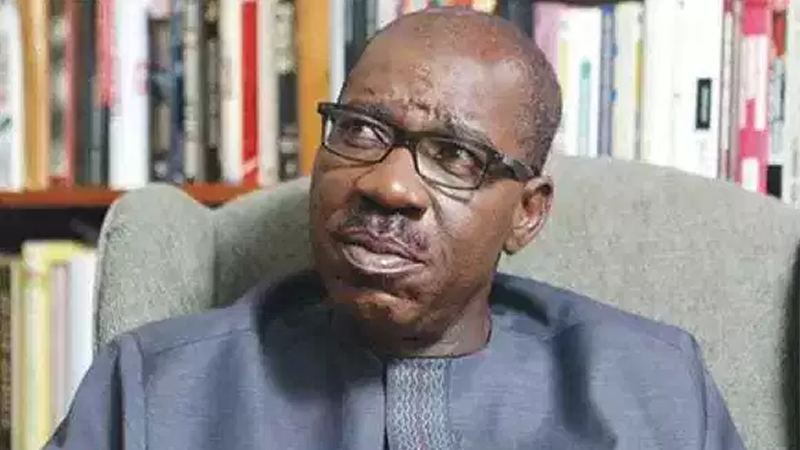 There was a rowdy session at the secretariat of the Nigeria Union of Journalists, Edo State Council, when some pensioners disagreed with Governor Godwin Obaseki over the payment of their pension arrears with the Paris Club loan refund.

Obaseki, who was a special guest at an event to mark the national pensioners’ day on Monday, said that he understood the plight of the pensioners more than any other governor in the country.

He also recalled that he was part of the presidential committee on pension reform, which recommended the formation of the pension commission.

The governor lamented that pension arrears had accumulated between 1996 and 2010 due to the non-payment of pensioners and the alleged inaction of the union during the period.

He, however, said that the state government had paid over N3bn out of the N10bn from the backlog.

As part of efforts to boost the revenues of the local government areas and enable them to pay their retired employees, Obaseki said that his administration halted the indiscriminate collection of levies by unauthorised persons in the area.

He also explained that part of the Paris Club loan refund was used to reduce the pension arrears.

Obaseki said, “The Paris Club (loan refund) is divided for the state and local governments. In the case of the states from N10bn, we reduced the arrears to three point something billion (naira). How did we do it?

“Was it from the N100m (monthly allocation)? When did we start providing the N100m? Was it not now? How did we pay for it? What I am saying is that the arrears was more than this and part of the Paris ( Club loan) refund was spent to reduce the arrears.

But the governor’s explanation did not go down well with some of the aggrieved pensioners who shouted, “No,” in disagreement.

Obaseki, who was visibly unhappy with the interruption by some of the pensioners, said, “Nobody is going to threaten me. I will tell you the truth as it is. Even today, from that Paris (Club loan) refund, I am taking more to pay.

However, the governor, while urging the pensioners to desist from antagonistic actions, added that his administration planned to pay up the arrears of pension before June, 2018.