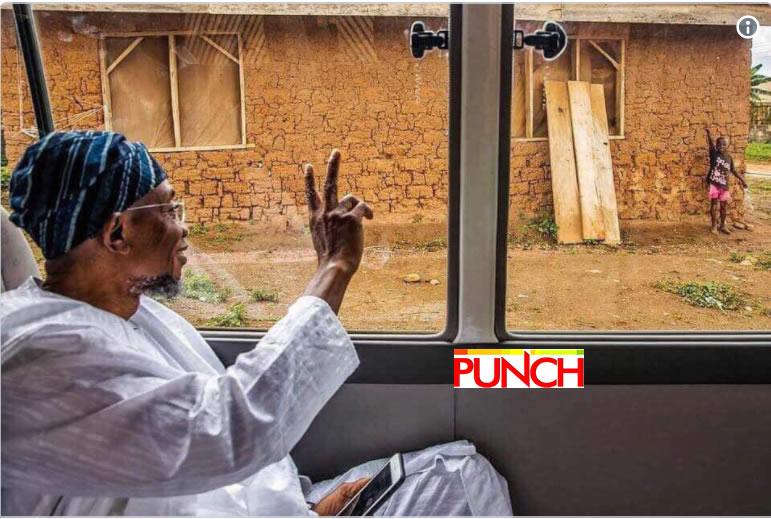 Osun State Governor, Mr. Rauf Aregbesola, has said landmark achievements in many areas will make it impossible for the Peoples Democratic Party to return to power in the state.

Speaking in Osogbo on Monday at the commencement of distribution of 15,000 health incentives to pregnant women in the state and the Save One Million Souls programme of the Federal Government supported by the World Bank.

The governor said the people of the state would not make a mistake of returning the PDP to power in 2018 after experiencing good governance under his leadership and the alleged profligacy of the PDP government.

Prince Olagunsoye Oyinlola, who is now in the same All Progressives Congress with Aregbesola, was the governor of the state for the seven years of the PDP reign.

Aregbesola said, “With all, we have done to develop the state, it is highly impossible for the PDP to ever have a say in the governance of this state. With their wasteful seven and a half years, the people of the state have totally rejected them.

‎”As we promised the good people of Osun during our campaign, restoration of healthy living among our people is one of the six integral action plans of our administration and I am proud to say that we have delivered on our promise and will continue to pursue this policy with all doggedness and commitment.

“Our administration has since inception recorded remarkable achievements in the health sector. We have put in place an enduring healthcare delivery system capable and has been protecting all residents of Osun from avoidable deaths due to emergencies, disease conditions or nutritional deficiencies.

“Also, we have been providing and will continue to provide essential drugs and medical consumables in all our hospitals.

“A new concept we also introduced is Public Private Partnership (PPP) which entails the outsourcing of the pharmacy units of all State Hospitals in order to have regular availability of effective and safe drugs. This has kick-started and is faring well.

“O’Ambulance is another success story. The scheme was introduced in 2013 when 50 state of the art ambulances were put on the road for medical emergencies, a scheme which has been used to save a lot of lives in situations of emergency in the state.

The Commissioner for Health, Dr. Rafiu Isamotu, explained that the programme would enable the state to improve the health equipment at various health centres across the state.

Dr Isamotu emphasised that the programme will be used to mobilise communities against preventable diseases as health workers will now be compelled to visit more remote villages to reach out to the health needs of the people particularly in the rural areas.

He said, “This programme will be used to mobilise communities as a means of increasing the coverage of simple but effective, preventive interventions such as childhood immunisation and pregnant women monitoring for safe delivery.

“The Save One Million Lives Programme for Results is designed to catalyze change in the way health business is done by focusing on results, rather than inputs.

“It is to promote competitiveness in our day to day activities, through this programme we are going to rate the performance of our health workers and facilities as this present government will not leave any stone unturned in its move to ensure that the people receive the best health facilities.”

The representative of the National Primary Health Care Development Agency, Dr. Modupe Oyesiji, lauded the governor’s directive that health workers should be distributed across all the communities the state.

She said. “I am particularly happy that the Governor has just approved that health workers in the state should be evenly and fairly distributed across the various communities in Osun.”

She, however, advised that health workers posted to rural communities should be rewarded more than their counterparts in the urban areas in order to encourage them to stay at their duty posts.