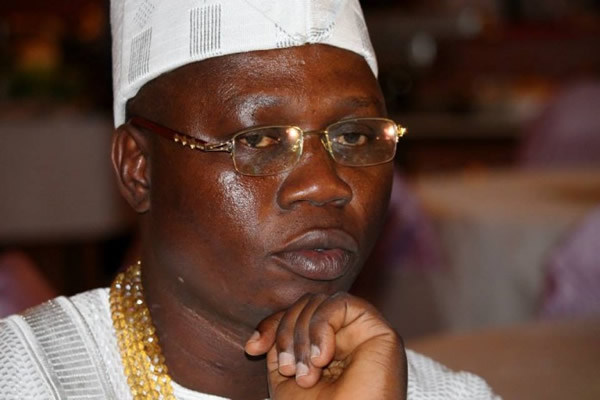 The Special Adviser to President Muhammadu Buhari on Political Matters, Senator Babafemi Ojudu, on Friday described the Aare Ona Kakanfo-designate of Yorubaland as a freedom fighter deserving of the title.

Ojudu visited Adams in his Lagos home as the Northern Youth Initiative For Peace and Good Governance honoured him with the tile of Yerima Matansa Arewa Najeriya and an award for excellence.

Ojudu congratulated Adams, who has been chosen as the 15th Aare Ona Kakanfo, saying that the title was based on his track record.

He also said that the consistency and sincerity of the national coordinator of the Oodua Peoples Congress was responsible for bringing him rewards he enjoyed.

The leadership of the northern youth group, led by its President, Umar Farouk Lawal, presented him with a medal, which it described as representative of his integrity and selfless service to mankind.

The northern youths said they were doing everything possible to replicate the bridge-building attitude of Adams, adding that they had come to visit him to “submit” to his mentorship.

Thanking the Arewa youths for their gesture, the Aare-designate urged the youth to shun religious extremism in order to prevent the spread of sects like the Boko Haram.

He described the visit of the youth as timely, saying it would send a signal of confidence to the south westerners in the North that they were in the territory of their brothers and not their foes.