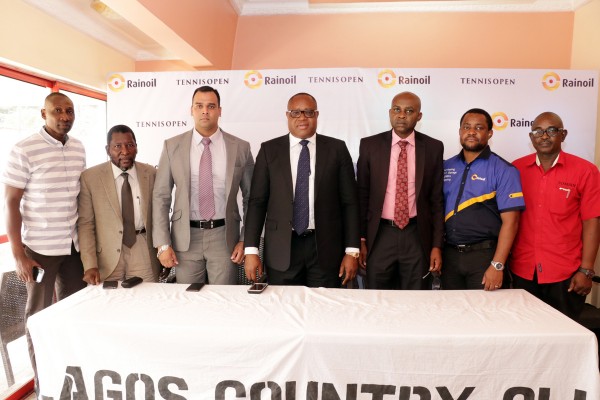 The Rainoil Tennis Open tournament will become a successfull season-ending programme on the calendar of the Nigeria Tennis Federation that will eventually produce global Nigerian tennis stars, the sponsors have promised.
Rainoil, an oil firm operating in Nigeria, has said it is giving its full support to Nigerian tennis in order to return the country to its status as the tennis capital of Africa.
The Rainoil Tennis Open began at the Lagos Country Club, Ikeja on Friday and will run through to 17 December.
Gabriel Ogbechie, the Chief Executive Officer of Rainoil, said Nigeria used to be regarded as one of the strongest tennis bases in Africa as some of the best players in the world came to the country to play.
“Thomas Muster of Austria, who was a former world number one, came to play in Lagos some years back,” Ogbechoe said.
“Kevin Anderson of South Africa, who lost to Nadal in the final of this year’s US Open, has also played in Nigeria. This is because we have great tournaments that attract potential superstars of the game who went on to prove their talents at the global stage.”
Ogbechie revealed that the objective of Rainoil bankrolling a national open tournament was to pave way for an international tournament that would see stars from various parts of the world come to play in Nigeria.
“We are dreaming and planning big for Nigerian tennis as we are working on modalities to step up the Rainoil Open to an international tennis tournament so that some of our players can get ranking points,” he added.
Ogbechie stressed that having produced players like Nduka Odizor who reached the fourth round at Wimbledon Open in 1983, Nigeria can still produce some stars that can play at the Grand Slam.
“Rainoil’s dream is to see at least a Nigerian playing in any of the Grand Slams in some few years and the only way this can happen is for some of us that have the wherewithal to commit our resources in the sport. When we see any potential, we are ready to invest in the player.”