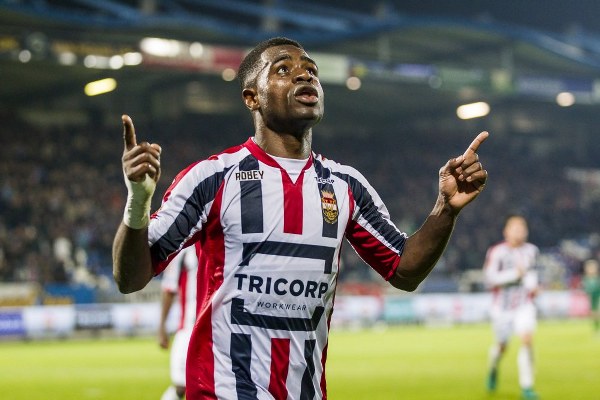 By James Agberebi:
Nigerian striker Bartholomew Ogbeche was on target for Willem ll in their 1-1 home draw against visiting NAC Breda in the Dutch Eredivisie (top division) on Friday.

The goal was Ogbeche’s seventh in six league games for Willem ll so far this season.

But in the 50th minute, Thierry Ambrose equalised for NAC Breda to ensure both sides shared the spoils.

Ogbeche has now scored in four consecutive league games for Willem ll in the current campaign.

In the Turkish top flight also on Friday night, Super Eagles defender William Troost-Ekong returned to the Bursaspor line-up but could not prevent them from losing 1-0 at home to Fenerbahce.

Troost-Ekong missed Bursaspor’s 3-0 away win against Konyaspor last Sunday due to injury.

The game was Troost-Ekong’s 14th league game, with two goals this season.

Bursaspor are currently sixth on 24 points in the 18-team league table.