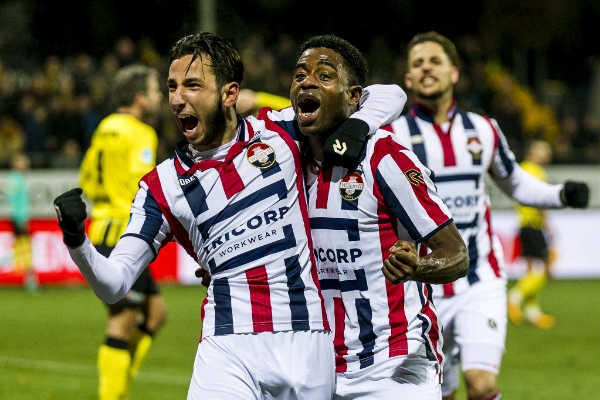 Willem II Tilburg’s Nigerian striker Bartholomew Ogbeche is hopeful his new goalscoring form in the Dutch Eredivise this season can earn him a recall to the Super Eagles ahead of the 2018 FIFA World Cup in Russia.

Ogbeche, 33, was a surprise inclusion in the Super Eagles’ 2002 World Cup squad where he played in the team’s opening two games against Argentina and Sweden. He last played for Nigeria in an African Nations Cup qualifier against Gabon in Libreville in 2004. He scored once in six games.

Ogbeche took his league tally to an impressive seven goals in six games this season after he scored in Willem II Tilburg’s 1-1 draw at home to NAC Breda on Friday.

The goal also saw Ogbeche become the second player in the history of the club to score in four consecutive Eredivisie games. Samuel Armenteros first achieved the feat during the 2014/15 season.

“I dream of to play for my country at the World Cup. I’m scoring again and I am sharp again,” Ogbeche told Fox Sports Netherlands.

“There’s still more time to prove that before the World Cup.”

The draw means Willem II remain 14th with 15 points from 15 games, one point above NAC Breda.

Facebook Comments
Ogbeche: I Dream Of Playing For Nigeria At World Cup Again