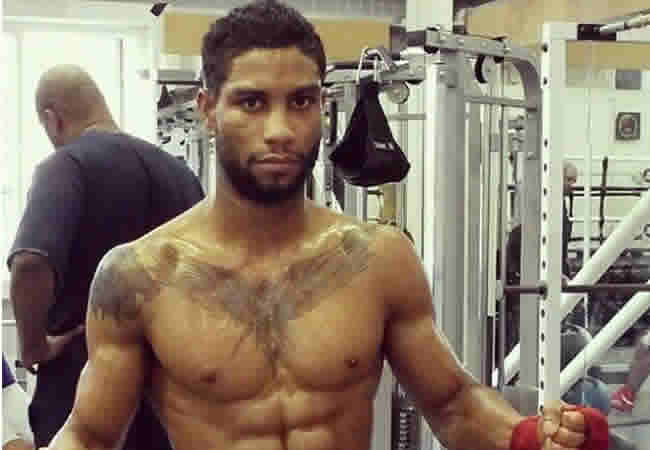 An elite level boxer who has fought for England six times is facing being deported to Nigeria.

Bilal Fawaz was detained at the Tinsley House Immigration Centre at Gatwick Airport in West Sussex on November 29. The 29-year-old, of Hayes in Hillingdon, who has competed for England six times and was the 2012 ABA light-middleweight champion, came to England when he was 14.

Brought to the UK illegally by an uncle, he was told his father would be arriving soon, but the man never turned up. Fawaz, who calls himself Kelvin, was treated ‘like a slave’ before he ran away from the home he was living in and was taken into care.

Now married to an English woman, the boxing prodigy went through a turbulent period involving drug gangs, getting shot once and stabbed a reported 25 times.

However, he turned his life around after taking up boxing in 2011 at the Stonebridge Boxing Club in Brent and has risen through the ranks to become one of Britain’s top amateur boxers — currently ranked the third best middleweight in England.

But the Home Office has rejected his application to remain in the UK and declared his marriage to a British citizen void. The athlete was arrested and taken to the Tinsley House Immigration Removal Centre in Gatwick.

The boxing champ said he was now facing being deported to Nigeria, somewhere he has not been since he was sneaked out of the country by his uncle as a teenager.

He said: “I’m allowed to box for England but I’m not allowed to stay in England.

“I’ve spent over half of my life here — I went to school here, I lived here, I’ve boxed for England six times and never lost.

“I am a national champion — in 2014 I even boxed for England against Nigeria, the country they want to deport me to.”

The boxer says he is technically ‘stateless,’ as his parents were Lebanese immigrants to Nigeria, and they themselves didn’t have Nigerian citizenship. His mother is dead and he says he had “no idea” where his father is.

He added: “I have no other family to go back to, I don’t know anyone in Nigeria or anything about it — all I know is here.

“Imagine how it feels to represent a country and then to have that country turn around and put you in what feels like a prison.”

Labour MP for Hayes and Harlington John McDonnell and England Boxing have appealed to the authorities on the boxer’s behalf, but without success.

A Home Office spokesman said: “When someone has no leave to remain in the UK, we expect them to leave the country voluntarily. Where they do not, we will seek to enforce their departure.”
(Mail)