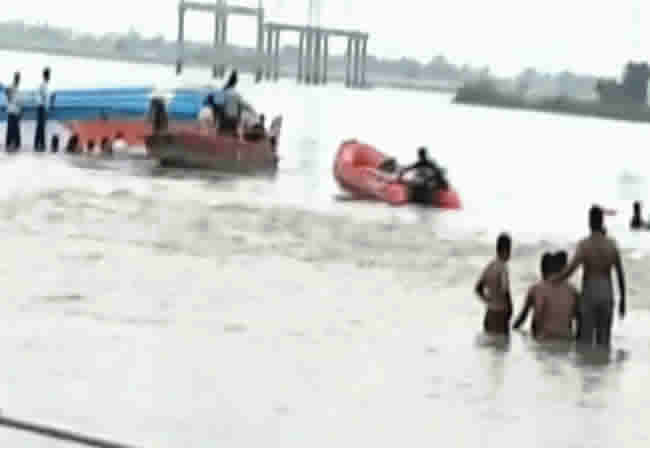 The baby died a few minutes after he was born in the capsized boat. His mother,  however, survived the accident.

It was gathered that the mother of the new baby, her husband and their young male relation were travelling from Tungan Samia village to Wushishi General Hospital where the woman was expected to have her baby.

They were said to have embarked on the journey in a boat which also reportedly carried a motorcycle.

Midway into the journey, the woman reportedly went into labour and subsequently delivered the baby — a development that made occupants of the boat to decide that the motorcycle which was also being conveyed to Wushishi in the boat be offloaded, for fear that the smell of petrol might affect the newborn.

While the motorcycle was being removed, an eyewitness said, the boat tilted, and subsequently turned upside down.

Divers swung into action and were able to rescue the woman and her husband; but the newborn and his young uncle died in the accident.

The divers were also able to recover the remains of the infant and the young boy, and they were buried along the river bank.

The Director General of the Niger State Emergency Management Agency, Ibrahim Inga, confirmed the story but did not give details.

He also did not give the names of the occupants of the boat.

Inga, who described the incident as unfortunate, said water transportation had been causing untimely deaths in the state in recent times despite the sensitisation carried out by the agency.

“We are concerned about the loss of innocent lives through boat mishap,” he intoned.

He said the agency had completed arrangements to make a bulk purchase of life jackets that would be sold at reduced prices to water transport operators.