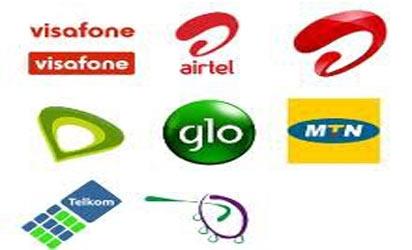 For a successful project implementation,  the NCS President, Prof. Sola Aeronmu at the weekend  disclosed that Nigerian umbrella IT body would be approaching GSM Operators in Nigeria philanthropic foundations like  Jim Ovia, Danjuma, Dangote, Elumelu, Emeka Offor and international technology companies  including  Google, Microsoft, Facebook, Oracle, among others.

He was of the opinion that Jim Ovia could be the first to be approached since he has been made an honorary Fellow of NCS.

If the GSM Operators could provide free data packages to the learners, this would almost certainly guarantee the success of the project, he said.

With the recent visit of   Mark Zuckerberg of Facebook and others, he was optimistic that it showed the level of interest foreign tech firms had in the Nigerian market.

More  IT professionals, he noted are needed to make Nigeria a digital economy, assuring that the  project could create the critical mass that would be necessary for this purpose.

“To avoid political intrigues, the project will be fully championed by the NCS and be private sector drive. We would avoid governmental involvement. That way, Code1Million would be shielded from political issues. However, it would require sponsors and financiers”, the University Don explained.

The project he explained is a free IT learning project designed to train one million Nigerian Youths in software development.

He said that the course contents will be in three modules including introduction  to IT and computing, programming in Python and programming in another language.

“The people driving digital environment are the software developers who produce the products on which we all now depend.

“There are not enough of these developers to meet requirements. It is possible for us in Nigeria to play a significant role in providing the experts the digital environment requires. We are blessed with a large population which can become an advantage instead of the challenges it currently presents.

“Conventional training methods are inadequate to meet the growing demand for trained software personnel.  This programme will introduce a large number of youths to the field of IT and help some of them become practitioners of the profession”, he said.

The main objective of the project, according to the NCS President is to train 1 Million youths in Software development within one year.

If only 10% of participants succeed in becoming proficient coders, he was optimistic that this would be a major achievement for Nigeria.

The project if implemented, according to him would address the massive unemployment among tens of millions of Nigerian youths who continue to roam our cities looking for jobs that don’t exist.

With the project, he said that some of these youths would have the opportunity of acquiring knowledge that can position them for gainful employment.

“Nigeria acquired the cell phone technology late. Now we are one of the fastest growing users of the technology. It has created employment for hundreds of thousands of our people. The world is moving towards the Smart Society via digital transformation.

“New technologies are evolving rapidly. The Internet of Things, Virtual Reality, Artificial Intelligence are becoming reality. They all depend on availability of IT professionals and practitioners”, he explained.

The online training methodology, according to him would be used for the training, adding that 1 million people would be split into 5000 groups with each group comprising of 200 learners.

According to the NCS boss, these are volunteers who would be available to their mentees via online communications including emails and the social media.

To meet up with up with the IT infrastructural requirements need to deliver the online training, he said that NCS would works the  GSM operators to provide free internet access via their networks. They can create special data packages that can only be used for access to the code1Million project, he added.