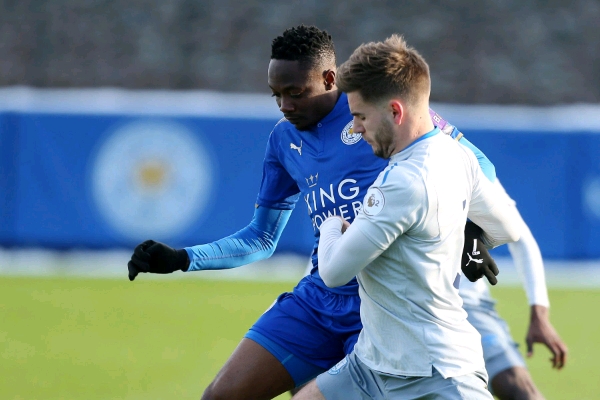 By James Agberebi: Super Eagles forward Ahmed Musa was in action for 90 minutes but failed to find the back of the net as Leicester City U-23s came from behind to beat their Everton counterparts 2-1 in the Premier League 2 on Monday.

Other senior Leicester players who featured in the game were Eldin Jakupović and Yohan Benalouane.

Fraser Hornby had given Everton the lead in the 23rd minute before Benalouane drew Leicester level on 83 minutes.

Following the win against Everton, Leicester U-23s have now extended their unbeaten run to 14 games in the PL 2.

The Foxes climbed back to second in the PL2 standings with 24 points from 12 matches, six below runaway leaders Liverpool, who have won 10 of their fixtures this term.

Musa is yet to taste action for Leicester’s first team in the Premier League so far this season.

The PL2 also known as the Professional Development League, is a system of youth football leagues that are managed, organised and controlled by the Premier League or by the Football League.

It was introduced by the Football Association via the Elite Player Performance Plan in 2012 and the system covers the under-18, under-21 and under-23 age groups.