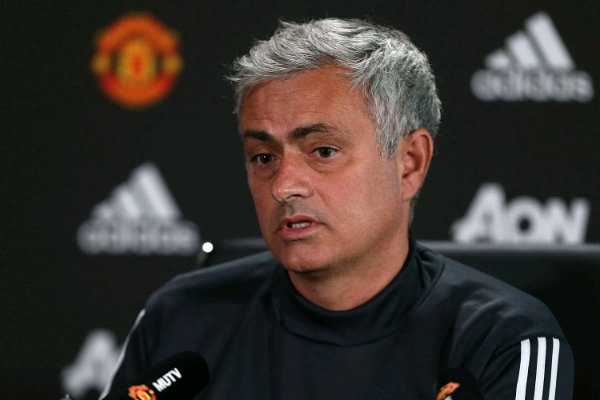 Manchester United manager Jose Mourinho has said it will be difficult to predict Sunday’s derby against city rivals Manchester City.

United will host leaders City at Old Trafford with the hope of ending their unbeaten run and cutting the gap between them in the Premier League table to five points.

City are currently on 43 points, while United are second on 35 points.

“As a manager, I can try to define a game plan and work a direction but you don’t know what can happen. There are so many things that are out of my control that can totally transform the direction of the game.”

Mourinho pointed out that both United and City will go into the game in very good forms, while stating he does not need reminding of how important the derby is for both Manchester fans.

“For me, it’s one more big match against one of the best teams in the country. We are a better team than last year – I think City is also better than last season.

“I don’t need to know that a derby is something special for the people,” he said. “For us, in the end, it’s three points but honestly, I think for the people born in the city and feeling the colours, it’s a good positive rivalry and a special match.”

On United’s chance of becoming champions in the league this season, Mourinho said it is possible.

“I think we can, but I think other [teams] can be champions too.”

And on the fitness of some his players, the former Chelsea manager revealed: “Nemanja Matic and Phil Jones are all available for Sunday. Marouane Fellaini will be assessed tomorrow but Michael Carrick and Eric Bailly will not feature against City.”