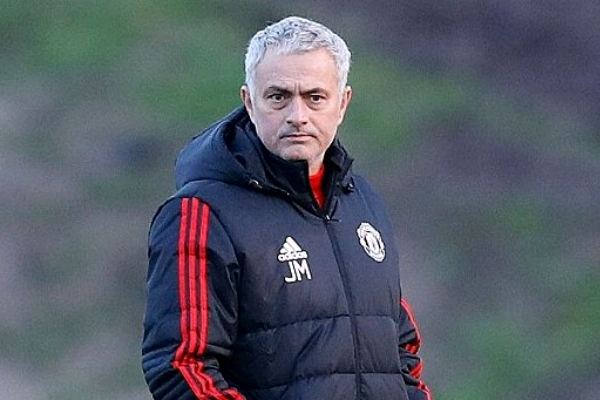 Manchester United manager Jose Mourinho has praised his side for their determination to fight back from a goal down to defeat CSKA Moscow 2-1 on Tuesday and seal top spot in Group A of the UEFA Champions League.

Second half strikes from Romelu Lukaku and Marcus Rashford cancelled out Alan Dzagoev’s opener for CSKA Moscow. The win extend Manchester United’s unbeaten home record in all competitions to 40 games.

“We confirmed our progression but in the way we wanted to. We played well and got the result. At half-time we were playing well and I was not unhappy. The boys played professionally,” Mourinho told BT Sport after the game.

“If I could choose goalscorers, I would always choose the strikers. Their confidence depends on that sometimes. Romelu Lukaku’s work for the team every match is crazy. The goal was important for Marcus Rashford too.”

Mourinho was also delighted with the performance with Luke Shaw and Sergio Romero.

“Luke Shaw offensively was very good and made a great contribution for the team,” Mourinho added.

“Sergio Romero is only on the bench this season because we have David de Gea.

“The first impression for the first goal was offside but then we saw it was not. The team showed the desire in the second half not by losing and going through, but to win.

“Shaw had waited for a long time, it is not easy to give an opportunity to a player in matches when we need results. I wanted to make changes, but Luke managed 90 minutes and I told him it is an opportunity to increase his levels.”

Manchester United could draw Bayern Munich, Juventus, Sevilla, Shakhtar, Porto or Real Madrid as it stands in the round of 16 of the UEFA Champions League.