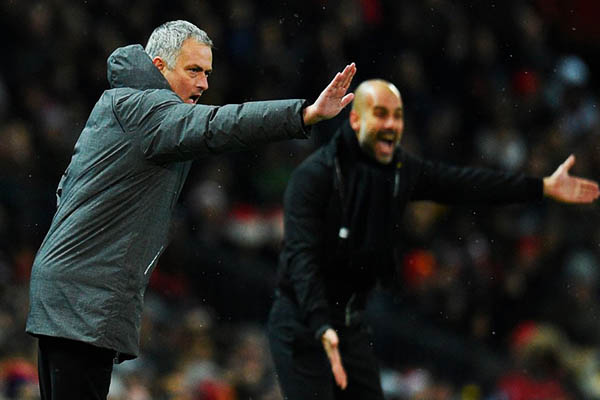 Manchester United manager Jose Mourinho has accused referee for the Manchester derby Michael Oliver for denying his side a clear penalty.

City continued their impressive run in the current campaign with a hard-fought 2-1 win against United at Old Trafford in the league on Sunday.

With time running out, United thought they should have had a penalty after Ander Herrera went down inside the box but Oliver waved play on.

“My first reaction is I feel sorry for referee Michael Oliver because he had a very good match but unfortunately he made an important mistake,” Mourinho said in his post-match reaction.

“The result was made with a big penalty not given [on Ander Herrera]. That would have been 2-2 with 20 minutes to go

“Michael was unlucky because it was a clear penalty.”

On whether the title race is over, Mourinho adds: “Probably, yes.

“Manchester City are a very good team and they are protected by the luck, and the gods of football are behind them.”