…Experts speak on the way out

After malaria, typhoid is next on the lips of many ill Nigerians. Typhoid fever and malaria are estimated to constitute about 50 per cent of all hospitalisation in tropical countries like Nigeria. Sadly, misdiagnosis associated with laboratory tests has contributed immensely to over-diagnosis of the disease. 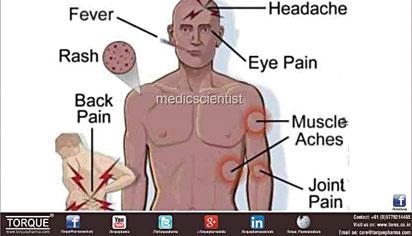 Hospital findings have shown that wrong widal tests contribute to the misdiagnosis as well as poor management of typhoid fever in the country. Although, there is dearth of data regarding the infectious disease, a World Health Organisation, WHO, report shows that typhoid fever killed over 222,000 people out of 21 million cases recorded in 2014.   Also a report by The Lancet revealed that typhoid is a major contributor to disease burden in Africa, particularly in children.

However, investigations have shown that the kind of test commonly used to diagnose the disease, especially when done repeatedly, exposes people to misdiagnosis and wrong treatments. While some experts agree that the disease is over-diagnosed in Nigeria, others say there is need for improved diagnosis for better outcomes.

Sadly, millions of people in Nigeria and Sub- Saharan Africa are losing their lives every day to typhoid.

For instance, most recent estimates by WHO showed that typhoid, a serious enteric fever caused by ingesting contaminated food or water, killed more than 128,000 people in 2016 and affected nearly 12 million. Specifically, in a report carried out by HealthGroove on the overall Impact and Specific Effect on Demographic Groups in Nigeria, it was found that annual mortality rate per 100,000 people from typhoid fever increased by 7.0 per cent since 1990, resulting to an average of 0.3 per cent a year.

For men, according to the report, the deadliness of typhoid fever in Nigeria peaks at age 1-4. It kills men at the lowest rate at age 50-54.

In the world, the mortality is put at 2.3 per 100,000 people.   Sadly, the report showed that Nigeria has the highest burden of mortality in West Sub- Saharan Africa.   Also, studies showed that the three most deadly intestinal infectious diseases that occurred in Nigeria in 2013 include typhoid fever and paratyphoid fever.

Typhoid fever imposes a big burden on children.   Although the disease has long been eliminated from most industrialised nations, it is still a serious threat in developing countries like Nigeria where majority of deaths occur.

This became evident when the Board Chairman, GAVI, Vaccine Alliance, Dr Ngozi Okonjo-Iweala, openly declared that she lost her cousin and nearly lost her son to typhoid. Typhoid fever is caused by the bacterium, Salmonella typhi.   Characterized by prolonged fever, headache, nausea, loss of appetite and constipation or sometimes diarrhoea, the acute illness occurs predominantly in association with poor sanitation and lack of clean drinking water.

Clinical severity varies and severe cases may lead to serious complications or even death.   Findings by experts showed that symptoms are often non-specific and clinically non-distinguishable from other febrile illnesses.

Despite these revealing statistics, typhoid diagnosis has remained a challenge in Nigeria.   A section in the medical circle believes that typhoid is over-diagnosed in the country, no thanks to lack of qualified laboratory personnel and poor results generated from laboratory facilities across the country.

Today, many misdiagnosed cases of typhoid turn out to be malaria. According to Professor Wellington Oyibo of the Dept. of Medical Microbiology & Parasitology, Faculty of Basic Medical Sciences, University of Lagos, “typhoid is over-diagnosed and usually confused for malaria and vice versa”.

Oyibo added, “Quality of testing is important as well as the knowledge of the principle of the tests as well. We are likely to have antibodies to typhoid or paratyphi antigens due to exposure that may not really be a current injection”.

However, the readily available test for typhoid in Nigeria remains widal test. Although some laboratory scientists, who spoke to Sunday Vanguard, maintained it was handy at all times, several criticisms are on-going about its use. However, some physicians, in a report, expressed fears that widal test does not qualify as a valid test for typhoid.

They maintained that it is no longer valid for the clinical diagnosis and treatment of the disease. Hospital record show that 70 per cent of typhoid cases treated in Nigeria is as a result of misdiagnosis.

In an interview with Sunday Vanguard,   the Director, Fort Medical Diagnosis, Lagos , Dr. Seyi Odeyemi, who noted that typhoid is over –diagnosed, confirmed that widal test does not give accurate results after all.

Odeyemi, who is also a former Public Relations Officer of the Association of Medical Laboratory Scientists of Nigeria, stressed that physicians must have a good knowledge of results to be able to apply the right tool of treatment.

“Widal reaction test is a rapid test that you can get the result immediately. It is a handy and good diagnostic tool if a qualified medical laboratory scientist is the one handling it. It is what is in use in 90 to 95 per cent of the cases but, unfortunately, most laboratories do not have qualified manpower”, he said.

“It is not enough to say this is typhoid because diagnosis of the disease involves a lot of clinical parameters and tests, including a culture of the patients stool, the presentation of the patient; continuation of the reaction of that pattern of that test. There is need for a confirmatory test which is the stool culture. Those are the things you need to do before you can say this patient has typhoid including the clinical decision of the physician.”

He said stool culture is more accurate to diagnose typhoid because it is a disease of the guts and bacterial infection. “You can easily find it in the stool of an infected person. When you culture the stool, if it is there you can find it in pure isolate”, the former PRO said.

Noting that stool culture also has its limitation, he said it takes three to five days to produce result.   “If a patient is dying, will you wait for three to five days when the patient must have died before treating?”, Odeyemi said

On his part, Dr. Olawale Olajudu of Lagos General Hospital, who agreed to some extent that typhoid is over-diagnosed in Nigeria, stressed that to accurately diagnose typhoid, with other clinical evaluations, patients must have their faecal and sometimes blood culture tests done and physicians must have skills to interpret results.

Olajudu said the problem with widal test lies more with the interpretation, regretting that Nigeria has no baseline for typhoid test as every laboratory result ought to be in conformity with clinical manifestation of the patient, clinical feature and the laboratory analysis.

He stressed the need for laboratory facilities to be manned by qualified laboratory scientists “Clinicians should also have the ability to interprete results correctly. Also, economic power of patients should be improved to enable them do all the tests they require.   Widal test may suggest infection with Salmonella typhi.

But they are not diagnostic because of the number of false-positive and false-negative. Isolation of Salmonella bacteria (that causes typhoid) from cultures of stool, blood, urine or bone marrow is necessary to confirm the diagnosis of typhoid fever.”

Vaccine to the rescue

Experts say vaccine remains a game-changer in preventing typhoid and saving lives of millions of children and adults in endemic countries. WHO has recommended the use of the Vi-PS and Ty21 vaccines to control the disease.

WHO further recommends that all typhoid fever vaccination programmes should be implemented in the context of other efforts to control the disease, including health education, water quality and sanitation improvements, and training of health professionals in diagnosis and treatment.

Typhoid vaccine is not new in Nigeria as a former Director General of the National Agency For Food and Drug Administration and Control, NAFDAC, Dr. Paul Orhii, in 2015, launched the vaccine. At the launch, he regretted that almost every laboratory test reads positive to typhoid fever alongside malaria.

Meanwhile, if the recent approval of $85 million in funding to support the introduction of typhoid conjugate vaccine (TCV) in poor countries is anything to go by, millions of children are set to be protected against typhoid. The Gavi Board Chair, Vaccine Alliance, Okonjo-Iweala, believes “vaccine will be a life-saver for millions of children, especially those living without access to clean water or sanitation.”

Okonjo-Iweala, who openly narrated her encounter with the disease, said: “Typhoid fever imposes a dramatic burden on children in the poorest nations affecting countries, communities and families.

“This disease has long been eliminated from most industrialised nations, but it is still a serious threat in developing countries where the vast majority of deaths occur.

“I lost my cousin and nearly lost my son because of typhoid. This vaccine will be a life saver for millions of children, especially those living without access to clean water or sanitation.”

“This vaccine is safe, effective and can provide lasting protection. The growing spread of drug resistant strains of typhoid is a major threat, not just to individuals but also to our efforts to control the disease. And this requires us to prioritise prevention strategies”, Berkley said.

“Strong coverage through routine immunisation together with efforts to improve access to clean water and hygiene will play a key role in dramatically reducing the disease.”

Typhoid fever is contracted by the ingestion of contaminated food or water.

Diagnosis of typhoid fever is made when Salmonella bacteria are detected with stool, urine, or blood cultures.

Typhoid fever is treated with antibiotics.

Approximately 3%-5% of patients become carriers of the bacteria after the acute illness.

How you can avoid typhoid fever

According to experts, two basic actions can protect you from typhoid fever:

Ask for drinks without ice unless the ice is made from bottled or boiled water. Avoid popsicles and flavored ices that may have been made with contaminated water.

Eat foods that have been thoroughly cooked and that are still hot and steaming.

Avoid raw vegetables and fruits that cannot be peeled. Vegetables like lettuce are easily contaminated and are very hard to wash well.

When you eat raw fruit or vegetables that can be peeled, peel them yourself. (Wash your hands with soap first.) Do not eat the peelings.