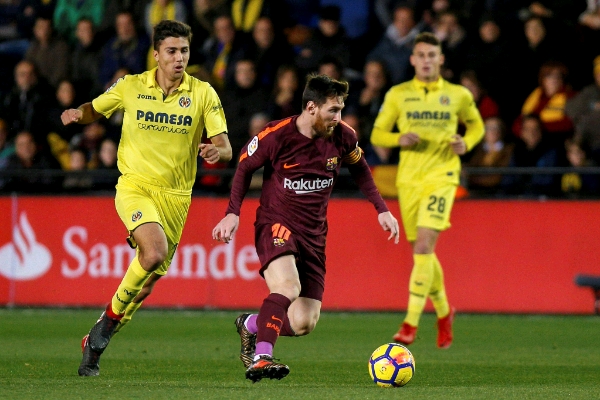 Barcelona defeated 10-man Villarreal 2-0 at the Estadio de la Ceramica on Sunday to stay unbeaten in the Spanish LaLiga this season and move five points clear of closest rivals Valencia.

Second half goals from Luiz Suarez and Lionel Messi secured all three points for the Catalan giants.

Suarez scored the opener in the 72nd minute when he rounded goalkeeper Sergio Asenjo goalkeeper before tapping into an empty net.

Messi secured the points for the visitors with seven minutes remaining when he skipped past two defenders to blast home from close range for Barcelona’s second goal. It was his second goal in his last eight games.

The goal was Messi’s 49th goal in 2017 for Barcelona and his 14th in the league this season.

Villarreal midfielder Daniel Raba was sent off after he dived in with his studs up on Sergio Busquets in the 61st minute.

In the 72nd minute Suarez broke the deadlock before Messi wrapped up the game with seven minutes remaining.