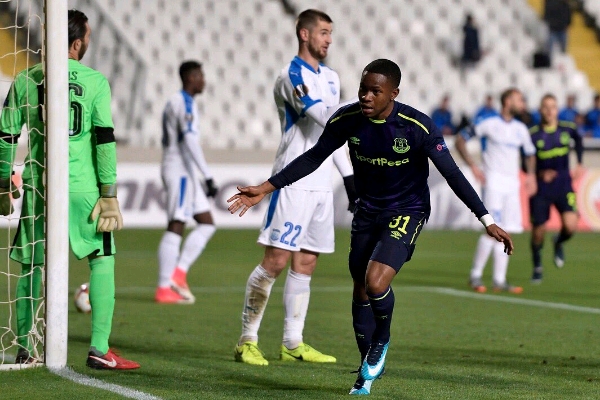 Nigeria-born Everton forward Ademola Lookman has been included in matchday six of the UEFA Europa League Team of the Week.

The matchday six Europa League Team of the Week was compiled by football facts and stats website whoscored.com on Friday.

Lookman’s inclusion was as a result of his impressive performance for Everton in their 3-0 away win Apollon Limassol on Thursday where he scored a brace to help Everton secure their first and only win in Group E.

Other players who made the list are Arsenal duo Jack Wikshere and Theo Walcott who scored a goal each in Arsenal’s 6-0 thrashing of visiting BATE Borisov in Group H.

Despite featuring for England at junior level, Lookman is still eligible to play for Nigeria since he has never appeared in a competitive game for England at senior level.