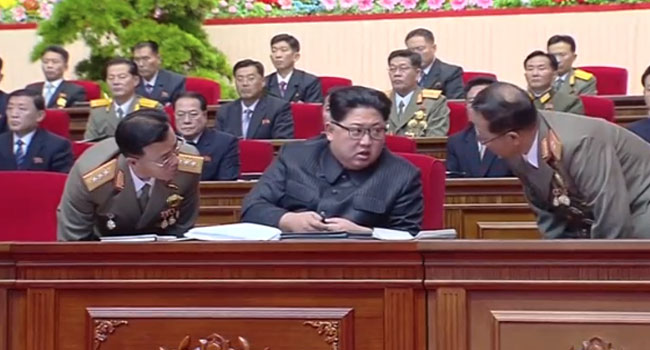 North Korean leader Kim Jong Un said on Monday the country should develop and manufacture more diverse weapons to “completely overpower the enemy” at a rare munitions conference in Pyongyang.

The North’s state-run television KRT on Tuesday showed a video of Kim along with contributors to the test launch of the latest Hwasong-15 missile attending the 8th Conference of Munitions Industry at the April 25 House of Culture in Pyongyang.

North Korea last month test-launched what it called its most advanced ICBM in defiance of international sanctions and condemnation as it presses on with its mission to create a nuclear-tipped missile that can hit the United States.