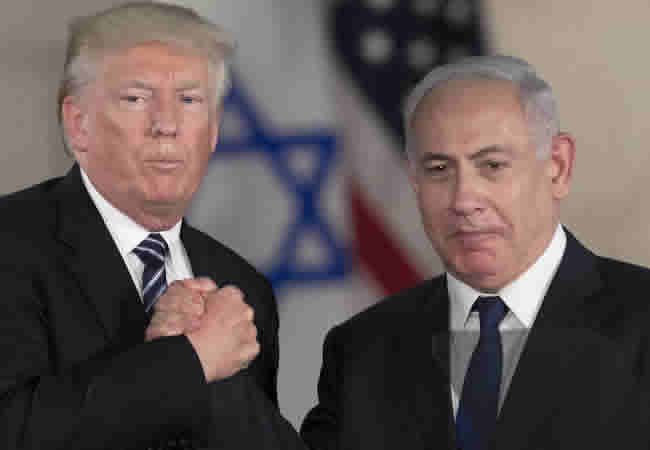 President Donald Trump’s decision on Jerusalem would be a “gift” to extremists and to those not interested in peace, a European Union top diplomat said on Friday.

EU foreign policy chief Federica Mogherini, speaking to reporters at a joint news conference with Jordanian foreign minister Ayman al-Safadi after their meeting, said they both agreed that Trump’s decision “has a very worrying potential impact in this very fragile context”.

“Now what the worst possible development could be that a bad situation turns into a worse one and that tensions inflame the region even further.

“That would be a gift to the extremists and to those that are not interested in peace,” she said.

Mogherini reiterated that the EU backed a two-state solution to the long-standing Palestine-Isreal conflict, with Jerusalem as the capital of both parties along 1967 lines.

“It is in the interest, and especially in the security interest, of Israel to find a solution — a sustainable comprehensive solution — to this conflict that has lasted for too many decades,” she stressed.

Safadi, whose country is the custodian of the holy Islamic and Christian sites in East Jerusalem, said Trump’s decision to recognize Jerusalem as the capital of Israel was “very dangerous”.

“We are in very difficult times, times that require immediate action to try and prevent a very bad situation from becoming worse,” the foreign minister noted.

“This is a decision that goes against international legitimacy, the UK security resolutions, and threatens to fuel tension and trigger anger across the Arab Muslim world,” he said.

“Every step risks pushing the region further into the abyss of anger and into a vicious cycle of violence that would consume us all,” he cautioned.

“We cannot give up. We all continue to work together on creating political horizons and overcoming the problem and solving the crisis,” he said.

Trump announced his official recognition of Jerusalem as the capital city of Israel on Wednesday, and instructed the State Department to begin the process of moving the U.S. embassy from Tel Aviv to Jerusalem.

In the wake of Trump’s decision, Mogherini expressed the bloc’s serious concern on Wednesday and called on “all actors on the ground and in the wider region to show calm and restraint in order to prevent any escalation.”

Israel has controlled the western part of Jerusalem since its inception in 1948.

In 1967, after the Mideast war, Israel captured the eastern part of Jerusalem from Jordan and declared both parts its united capital.

Palestinians see eastern Jerusalem as the future capital of their state.

Jerusalem is home to sites holy to Islam, Judaism and Christianity, making it a focal point for many people around the globe.

The status of Jerusalem remains one of the core issues in the Israeli-Palestinian conflict.

So far, the international community does not recognize Jerusalem as the capital of Israel and no foreign countries base their embassies in the city. (Xinhua/NAN)