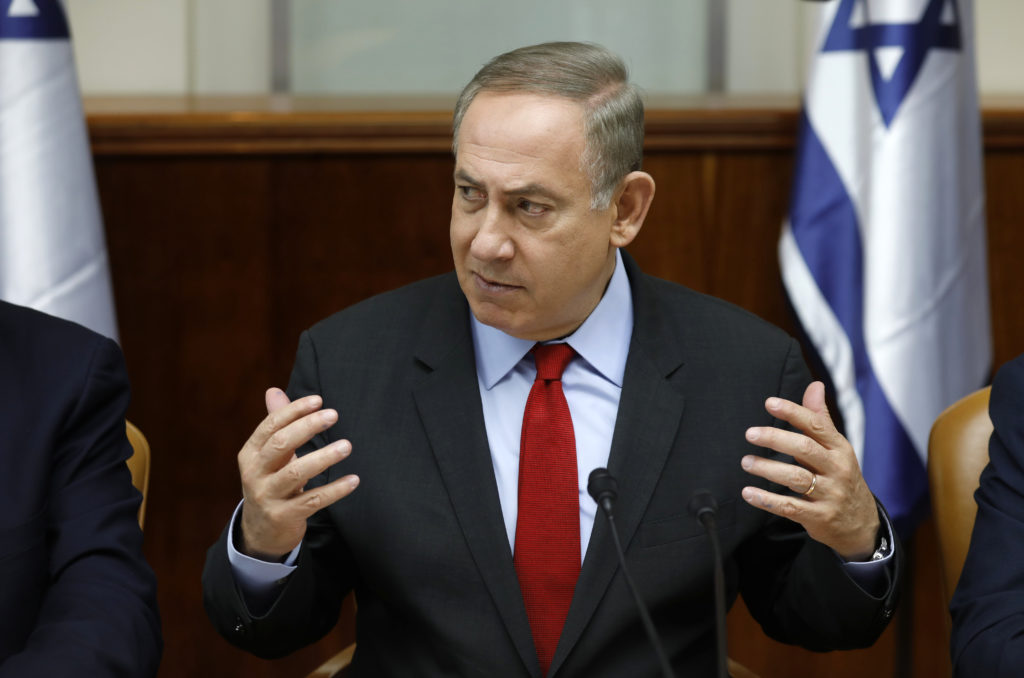 Prime Minister Benjamin Netanyahu has criticised “hypocrisy” in Europe over condemnation of US President Donald Trump’s declaration of Jerusalem as Israel’s capital, saying rockets from Gaza should also be criticised.

The Israeli leader made the comments late Saturday as he left for talks with French President Emmanuel Macron in Paris and a rare meeting with EU foreign ministers in Brussels.

“While I respect Europe, I am not prepared to accept a double standard from it,” said Netanyahu, who has also faced heavy criticism from European leaders over Israeli settlement building.

“I hear voices from there condemning President Trump’s historic statement, but I have not heard condemnations of the rockets fired at Israel or the terrible incitement against it.

“I am not prepared to accept this hypocrisy,” he said.

Several rockets were fired from the Gaza Strip toward Israel on Thursday and Friday following Trump’s declaration, leading Israel to respond with air strikes that killed two people.

Netanyahu’s talks in Paris on Sunday and Brussels on Monday are part of his first foreign trip since Trump’s declaration set off protests and clashes in the Palestinian territories last week.

He said the talks with EU foreign ministers would be the first of their kind with an Israeli prime minister in 22 years. The trip had been planned before Trump’s declaration.

Trump’s move has been hailed by Israel, but has outraged Palestinian leaders who say president Mahmud Abbas will refuse to meet US Vice President Mike Pence when he visits the region this month.

Trump’s declaration on Wednesday was followed by protests and clashes in the Palestinian territories. Tens of thousands have also protested in Middle Eastern and Muslim countries.

Israel has long claimed all of Jerusalem as its undivided capital, while the Palestinians see the annexed eastern sector of the city as the capital of their future state.