Skip to content
Former African Footballer of the Year and Olympic gold medallist, Victor Ikpeba fields questions from Complete Sports radio show, Sports Planet anchorman, TUNDE KOIKI. The 1994 and 1998 World Cup star, speaks about the Super Eagles’ prospect at the 2018 FIFA World Cup in Russia. He also offers advice on how the young and talented Nigeria players show play at the big stage.
Excerpts…
Sports Planet:  Victor Ikpeba, 1997 African Footballer of the Year and 1996 Olympic gold medalist, thank you for talking to us.
Ikpeba: Thank you very much, it’s a pleasure.
Were you surprised that Nigeria was grouped alongside Argentina again at next year’s World Cup in Russia?
I’m not surprised because it’s becoming like a marriage made in heaven, constantly being grouped with Argentina at the World Cup. In the six World Cup appearances we have qualified for, this is the fifth time Nigeria would be in the same group with Argentina and didn’t  get the better of them in the last four outings. But when you compare the pedigree of Argentina – two times World Cup winners, one of the giants of world football that have also produced best players in world football in Diego Mardona, Lionel Messi and so on, we have never had it easy against them apart from the 1996 Olympic Games  final in Athens.
They are always a very difficult team to break down, but in football anything can happen. They are the favourites to top the group, no doubt; we should not get carried away because we defeated them in a friendly match recently. Though it is good for pride, but World Cup is a different ball game. I think on paper, this is a group that we have to work hard and qualify because we can’t take Croatia and Iceland lightly. If you look at the players Croatia have; Luka Modric, Mario Mandzukic, Ivan Rakitic; there are a lot of good players in their squad, especially in the middle of the park and in the attack.
Iceland on the other hand is unknown territory and difficult. They topped their group in the qualifiers, so they’ve come of age. I could remember about 28 years back when I travelled to Europe, Iceland were the whipping boys of European football. They have really done well to get to that level they are now. People should be proud that countries that have not been given a chance before are now progressing. It is a tough call and our boys have to be ready; they have to show a lot determination, a lot of pride to get out of that group. 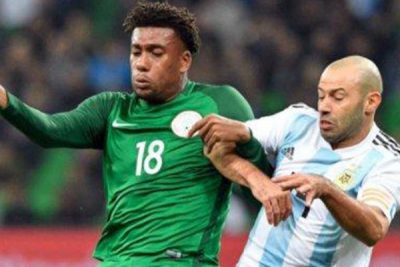 We’re  sure you would also be particularly impressed with Gernot Rohr’s qualifying campaign, remaining unbeaten. How key do you think he (Rohr) will be to a successful World Cup campaign for the Super Eagles?
Rohr is very important. To me, he has done well to qualify from Africa. Now, we are going to face the world. It’s a different style of football, a different atmosphere. For the coaching side, this is the very first big thing that will happen to Genormt Rohr, for his CV – to qualify Nigeria for the World Cup. I think it’s going to be a learning process for him. He is very experienced. He is knowledgeable in the game. He has a youthful squad mixed with experienced players which is a little bit of advantage.  But the young players should not get carried away because it is going to be a different experience for them and I think that is where man management of the players comes to play.
Talking about man management, the NFF recently announced that they have settled all bonus issues with the team and also extended Gernot Rohr’s contract by another two years. CAF is also going to give them 500,000 US Dollars to support them. It seems that everything is on course for the Super Eagles to have a good World Cup campaign?
I think everything has been done as it should be. We have suffered a lot when it comes to bonuses in the past. We didn’t have much of that in 1994, but we had a lot of that in 1998 and 2014.  We pray that things like that should not happen again. We don’t see that happening to South American teams and European teams, so Africans also have to learn from them too. When you have an agreement  you have to stick to that agreement. It is very bad sometimes when you don’t even have an agreement before you go to the World Cup. So I think they have done well in that aspect, it is now left for the players to go there and shine. Nobody is condemning them to win the World Cup. They just need to have a decent World Cup. Quarter-finals will be great for Nigeria, and anything can happen. They can get to the semi-finals. 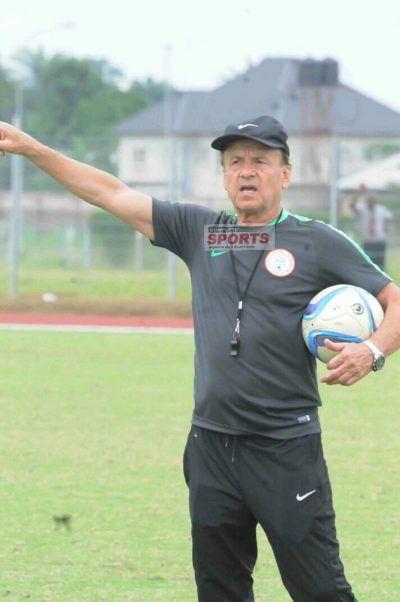 Nobody gave the Nigerian Olympics team of 1996 any chance that they would be Olympic gold medalists. So they should have the belief, but it’s going to be tough. Every World Cup is always a surprise, but the favourites are always there. They know that the African teams have come of age, so whenever they want to  play an African team they are always very business-like. They know the quality of players we have. I think NFF have done well in that aspect, that is the role they can play, to make sure the players don’t have any problems. Now, nobody can complain because of bonus again and I think a lot of knowledgeable people are in the NFF now.
And kudos to CAF for sending money to all federations that have qualified for the World CupI I hope that  they use the money judiciously and wisely for what the money is meant for. Apart from that, I think the boys are raring to go, and I’m sure they can’t wait for the World Cup to begin.
You’ve been to the World Cup twice.  You are also an Olympic gold medalist. Some of these players will be going to their first world cup. What advice will you give them not to be overwhelmed by the big stage?
They should just go out there and do the right things; they should not be nervous. Even some of the players are playing in best leagues in the world and the World Cup is not different especially when you know the level of the World Cup and the Champions League.
The Champions League is like a mini World Cup because you play against some of the best players in the world.  So I don’t think the players can be carried away by the magnitude of the occasion. But I think players tend to be nervous because it is part of football and that is where  man management by the coach has to come in, talking to the players to have the belief and not to be nervous. But on this big occasion, you still see players being nervous, players making mistakes, this happens in big games like the World Cup. So, all I can say now is that we Nigerians should support the team.  We should pray that we get to the quarter-finals. And I say best of luck to the players and especially to the coach.  He has done a very wonderful job. I think he deserveed the extension of  his contract with the Super Eagles.
It is not good to destroy a winning team like we usually do here.  Continuity is very key especially with these young generation of players we have. And to the young players, do not get carried away, listen to your experienced teammates and don’t try to be selfish.  Play collectively, support one another and team unity helps a lot when it comes to the magnitude of a tournament like the World Cup. So, I say best of luck to them.
Thank you very much for your time, sir.
Thank you.
SPORTS PLANET is a news and magazine radio sports show produced by COMPLETE SPORTS STUDIOS. You can listen to it on our partner stations on Mondays, Wednesdays and Fridays. You can also listen to past episodes, including this interview with Victor Ikpeba on our Podcast. Download the Stitcher Radio Podcast app on your mobile phones and search for Sports Planet to listen.