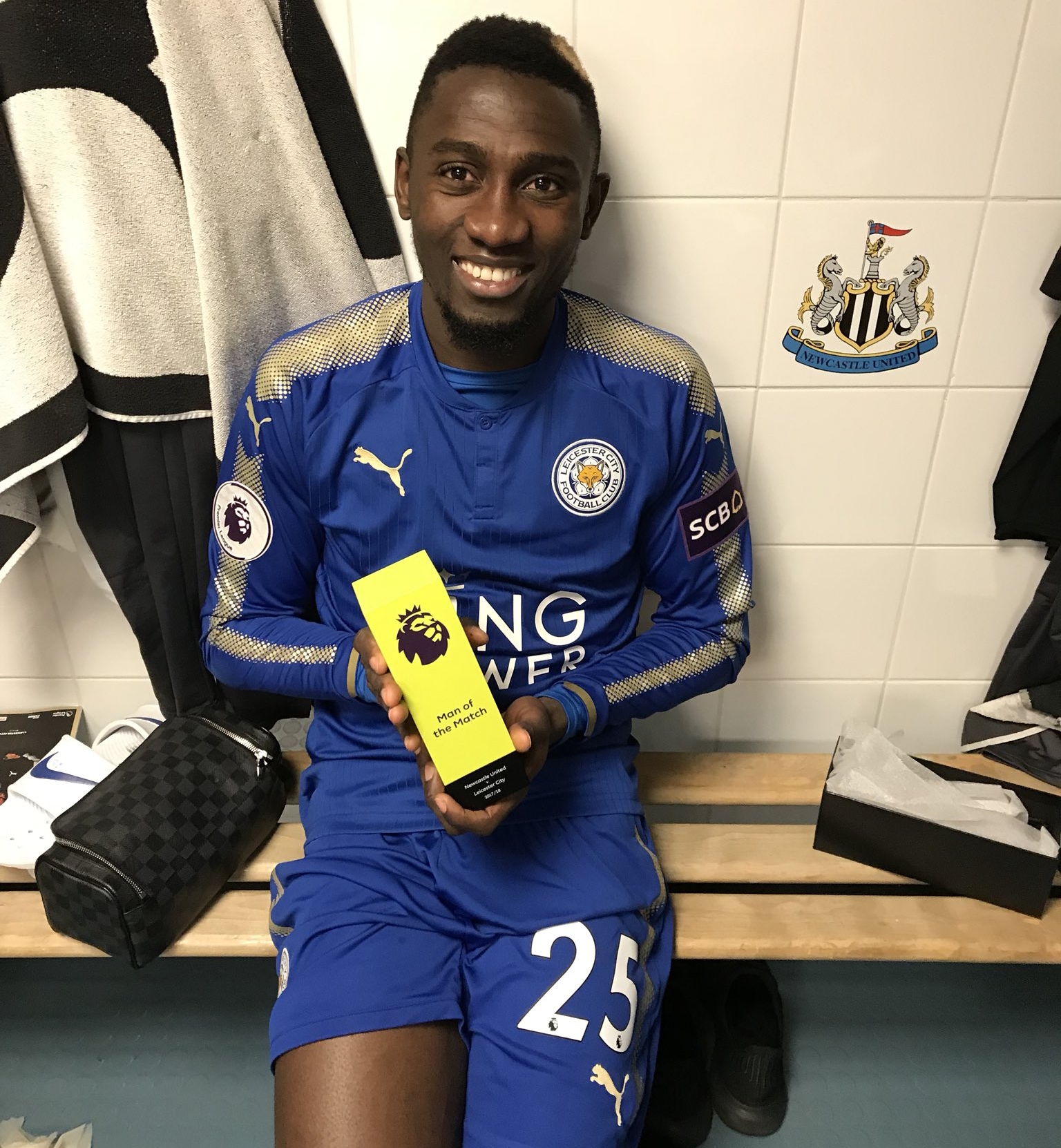 By Johnny Edward: Leicester City forward Kelechi Iheanacho has congratulated his fellow Nigerian and teammate Wilfred Ndidi after Ndidi was named the Man of the Match in Saturday’s 3-2 Premier League win over Newcastle United, Completesportsnigeria.com reports.

It was Ndidi’s first man of the match award this season.

Ndidi made his 16th straight league start of the season in the encounter and provided an assist for the Riyad Mahrez in the 20th minute as the Foxes secured their third successive English Premier League win.

Goals from Mahrez, Demarai Gray and a late own goal from Ayoze Perez secured the victory for Claude Puel’s side.

“Tough game today but we came out with 3 points. Congrats to my brother @Ndidi25 Wilfred onyi’nye Chukwu on being named the man of the match,” Iheanacho wrote on Twitter.

Leicester have continued their surge up the league table under Claude Puel and are placed eight with 23 points.

Ndidi has been one of the Premier League’s most consistent performers this season and also played a pivotal role in Nigeria qualifying for the Russia 2018 World Cup.

Iheanacho, on the other hand, has found playing time at Leicester hard to come by, although he also played a part in the Super Eagles’ World Cup qualification.