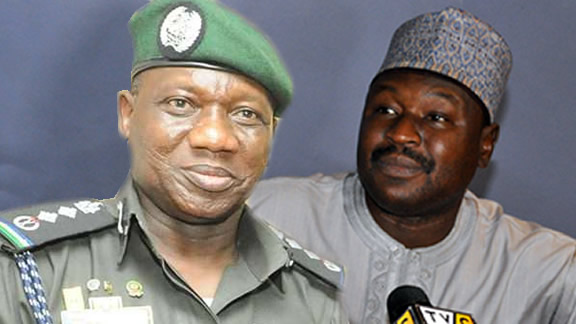 Misau was earlier arraigned before the High Court of the Federal Capital Territory, Maitama, Abuja on October 19, on five counts of making injurious falsehood against the Inspector-General of Police, Ibrahim Idris, the Nigerian Police Force, the Police Service Commission and its Chairman, Mike Okiro.

The Office of the Attorney General of the Federation had on October 10, 2017 filed the original five counts marked FCT/HC/CR/345/2017, against Misau accusing him of falsely claiming in print and on electronic media that police officers allegedly paid as much as N2.5m to get special promotion and posting through the PSC.

The senator was also accused of falsely claiming that the IGP was receiving as much as N10bn from oil companies, banks, hotels and individuals as bribe for police protection.

He was also said to have falsely accused the IGP of diverting funds meant for the purchase of Armoured Personnel Carriers to purchase of Sport Utility Vehicles or other exotic cars.

Misau was also said to have falsely accused the IGP of making almost half of the mobile commanders in the country the people of his Nupe extraction.

The offences were said to be contrary to section 393(1) of the Penal Code.

But the prosecution through its newly-hired private prosecuting counsel, Dr. Alex Izinyon (SAN), informed the court on November 28 that he intended to amend the five counts instituted against Misau.

Misau’s lawyer, Joshua Musa, had in response, told the court that he would oppose the prosecution’s move to amend the charges.

But shortly after the day’s proceedings, the prosecution filed amended charges together with a motion seeking the court’s leave to amend the charges by adding to the original five.

There is no striking difference between the old and new set of charges.

The prosecution merely split two of the original five counts into four to make the amended seven counts.

The trial judge, Justice Ishaq Bello, who is the Chief Judge of the FCT High Court, had on November 28, fixed Tuesday for the hearing of the prosecution’s motion asking for leave for amendment of the charges, an application which the defence had said they would oppose.