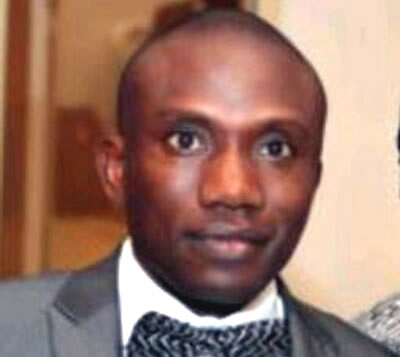 I did not think I would join this unending conversation on the propriety of paying tithes until I saw a friend who is not of the Christian faith share a critical article in the past week.

That meant two things to me: The first being that the Church can no longer hide from the scrutiny of the world and the other being that a lot of people, who do not necessarily have an understanding of the spiritual essence of some of the doctrines of Christianity also join in the condemnation of the same.

I find such interloping unacceptable and preposterous. In the same way in which I would not impugn the wisdom in the doctrine that a practising Muslim must visit the Holy City of Mecca in his lifetime or that a worshipper of the Yoruba god of farming must not eat the new yam until he sacrifices unto his deity, I do not expect non-Christians to fault my subscription to the payment of tithes in church. All of these gestures, to my understanding, bear deep spiritual undertones, which may make sense to no other person but the one who connects with them.

But I also realise that intervening in the rights of people to be what they have chosen to be, even when their choices do not necessarily impede on our own freedom, is a common pastime of the average Nigerian. This is why I query the prospect that democracy, the way the West observes it, will ever work with us.

Democracy and democratic principles thrive on the ability to allow a person be what they desire to be as much as they do not hurt another’s interest or trample on the rule of law, rule of law, being the emblem of the state’s paternalistic obligation to its citizens. Democracy has, over the years, evolved to become the most apt exemplification of the aphorism: “live and let live.”

But that is not our life as a people. Nigerians, no matter how old they are or what status they attain, must still defer to their biological parents and people of their parents’ age. The latter group does not even need to be of any close affinity. The passage of years, evidenced by any physical sign, coveys the licence for the aged to guide you and  sometimes, insist on what you must and must not do. This is why some politicians, become godfathers circumventing the general will, imposing their political decisions on the people and sometimes, maintaining that without their way, there would be no other way.

This is the reason why a journalist of the status of Bashorun Dele Momodu would interview a politician that is not in the favour of a vocal set of Nigerians and they do not just condemn him but also query his integrity. It is why a politician becomes evil simply by not associating with a preferred set of people. Nigerians have a standard that they have painted in their minds for everyone and once you don’t live by those standards, you are a renegade, regardless of your age, qualification or status in life. I suggest this is a major reason why we will struggle with democracy for a long time to come. But I digress.

Concerning Christianity, my point is that if you do not belong to the faith and do not subscribe to a doctrine, you really should restrain from questioning the right of people to worship in the way they choose.

Having said that, it makes sense to say here that those who profess the Christian faith are manifestly the same people who invite the intervention and sometimes, the pillorying of people outside the faith. At the same time, one should clarify that while it is possible to adjudge such outspoken Christians as unfaithful, such random condemnation would beg the issue.

What we should do, when people within our number elect to wash our attire in public glare is to call them aside and interrogate their motivation, which may sometimes, simply border on lack of information.

Experience will show that not every rebellion is borne out of malice. Some indeed emanate from a deep quest for better understanding or for the reform of systems that seem to alienate. And in such instances, reasoning together, rather than returning fire for fire, should be the strategy.

Principally, an organised body, which is what a church should be, should speak with one voice. It should have a common position on the very essential ingredients of the faith and be ready to speak up for the faith every time there is a need to. Most importantly, such a body must be ready to answer questions, raised by adherents. And I dare say, answering such questions should be without regard to motive. The Church should, without minding whether inspiration came from mischievous or altruistic quarters, attend to queries from the faithful, and when need be, from outside the faith,  with all joy.

After all, Christ, whose prototype the Church is, spoke about and lived for love for all men! It is the failure of the church to treat posers with such childlike affection, which results in the incessant misunderstanding and suspicions that there is more than meets the eye in its operations.

And this is another issue that the church must address as a collective. How is it that the entry barrier to ministry in Nigeria is so low? How is it that there is no self-check or regulation, or is it that every jobless man and woman who can afford a bible becomes a pastor? How is it that there is so much alleged abuse amongst the clergy and the Church is unable to confront and discourage impostors? It is correct to say that there have been forewarnings about deceptions and the manipulations of the people’s minds in the name of religion even before the advent of Christianity but that does not preclude self-censorship within the faith; it indeed should encourage the faithful to self-check.

However, not even the absence of such internal regulation detracts from the very constructive roles that faith organisations have played in the development of Nigeria.

In reference to the assumptions that have become rife about the lack of accountability in the administration of tithes for instance, a more united and outspoken church would have shown the world that tithes paid into churches are not only deployed into the sustenance of church leaders, but also into the training of millions of under-privileged children, the provision of food, medical treatment, rehabilitation of youths and a myriad of other social ventures whose amplification the conservative nature of the Christian service discourages.

That point would have been made without detracting from the need for relative comfort for those called into ministry. The life of a pastor is not just about preaching on Sundays, even though that itself is no mean responsibility. But in addition to that, it is a call unto unending denial signified by sleepless nights spent interceding for others and hours of counselling and tending to the spiritual and other needs of people.

There are claims that people are manipulated into paying tithes, but that is laughable. Even if pastors talk endlessly about the importance of paying tithes to receiving God’s blessings, the faithful obey because of their self-interest. Otherwise, how are pastors able to convince people to pay tithes but they cannot stop them from committing all the atrocities that litter around us?

Should this also preclude accountability in church affairs? Absolutely not. But then accountability to whom? I do not imagine that anyone who claims to have been called into the service of God and humanity would object to being answerable to anyone who contributes to the purse of his fold. In the same way in which every congregation should, in accordance with the laws of the land, audit their account periodically and prepare same ready for inspection at any time.

Such level of probity should be the default state of the Church for that is the only way in which it would remain in the world without necessarily being of the world. In spite of the noise and level of compromises around it, the Church must remain the light as was contemplated from the start. That is the only way not to bring the faith into disrepute and affect the world positively in line with the great commission

Facebook Comments
ICYMI: The church, tithing and the rest of us