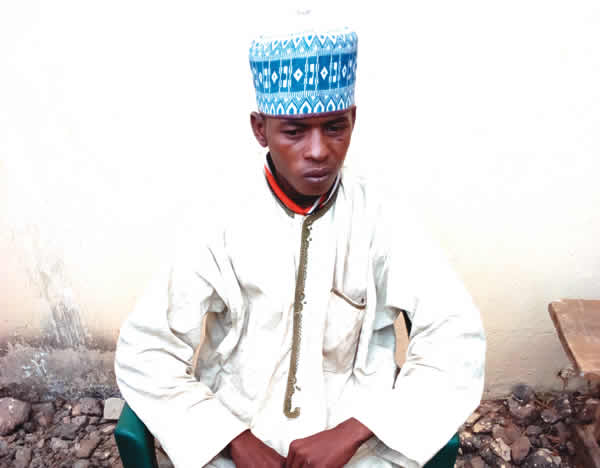 Umar, described as dangerous by the police, was among 17 suspects paraded for various crimes at the Katsina police command headquarters on Wednesday.

Umar, who is better known as Oro, is a resident of Yankuzo Village in  the Tsafe Local Government Area of Zamfara State.

He told Northern City News that he acquired the AK47 rifle “in the bush” and could not really identify the seller of the weapon.

“Yes, I acquired an AK47 rifle for N470,000 while in the bush and I was using  it for the cattle rustling operation,” he said curtly in response to questions about his gun-handling skills.

The Commissioner of Police, Katsina State, Besen Gwana, said Umar had voluntarily confessed to being a member of a 15-man armed robbery/cattle rustling  gang hitherto operating in Katsina and Zamfara states.

Umar was said to have displayed special skills in arms handling before the police.

He was also said to have  confessed that he  participated in more than 30 different armed robbery/cattle rustling operations  both in Katsina and Zamfara states.

The commissioner of police said Umar equally confessed to killing four persons during operations at a village in Gusau, Zamfara State.

Two of his brothers, Haladu Rabiu, 15 and  Rabi’u Yahaya, 20, were said to have been killed through accidental discharge.

Gwana stated that Umar would be arraigned in court after police investigation.