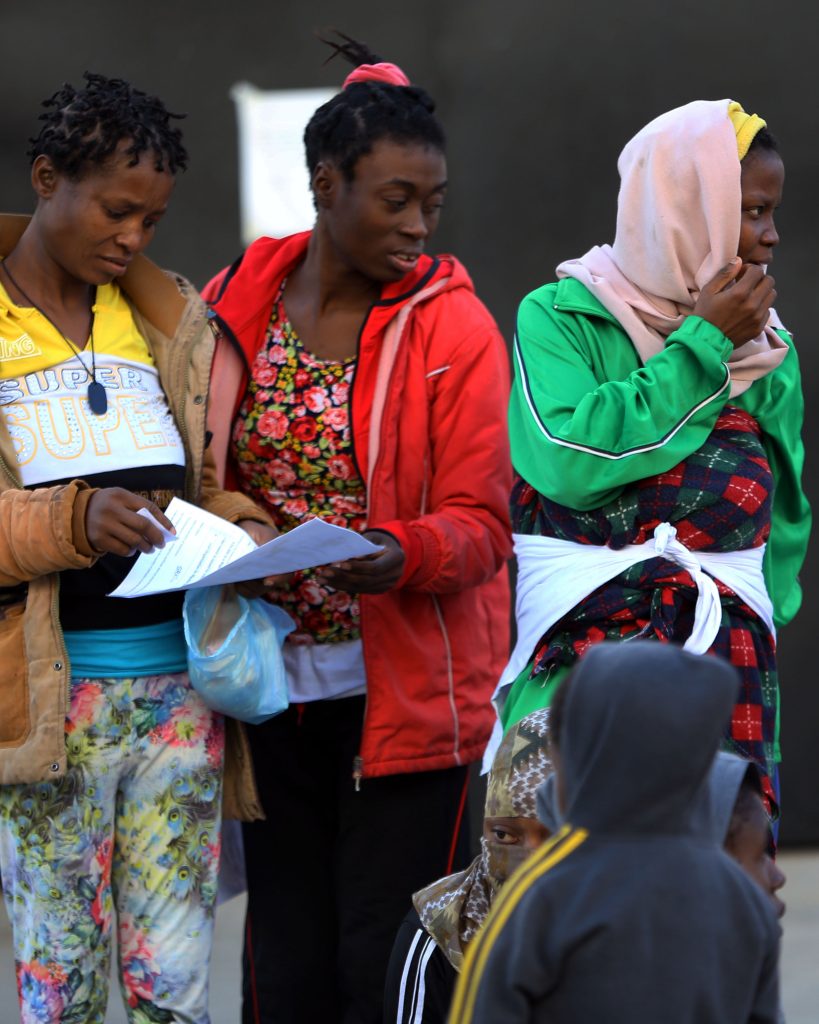 Miss Loveth Ekumabo, 25-year-old Libya returnee, has blamed her father’s incestuous behaviour for her decision to flee to Libya, at least, for safety from her father, and also in search of greener pasture.

However, as it turned out, her case is akin to jumping from the frying pan into fire;as she has, in her life, gone through bitter experiences, especially during her stay in Libya, where she underwent forced labour and became a victim of serial rape.

Ekumabo, from Uhunwode local government, is one of the hundreds of Edo indigenes that have been repatriated from Libya. They are currently in the custody of the state government undergoing rehabilitation for effective integration into society.

Aside her traumatic experience during her seven-month sojourn in the North African country, pregnant Ekumabo may have to live with the pain of not knowing the father of her unborn child.

In an interview with the News Agency of Nigeria, she cursed all those who raped her in Libya, including her biological father, whose incestuous action at home, she claimed, was responsible for her present predicament.

“After I exposed what my father wanted to do to me, fight broke out at home and I had to run away for my safety.

“I went to stay with my friend who introduced me to the man that helped people to Europe.

“I did not have any money; so, I was made to swear to an oath in a shrine in Benin that I will pay back every kobo when I get to Europe.

“We agreed that I will pay back N200,000. I left Benin for Kano in April 2017. From Kano, we were transported in a Hilux truck through the dessert, with no food or water, to Agadez in Niger Republic and from there to Tripoli in Libya.

“If you want to cross from Agadez to Tripoli without money, you either get raped as a girl or get beaten up as a boy. The agency can also sell you out as slave to get their money before you are allowed to cross to Tripoli with your new owner.

“I saw dead people; boys being killed; girls raped to death; and people sold as slaves.

“The worst part is that Nigerians are among those Arabs who treat fellow Nigerians badly.

”The church where Nigerians worship in Tripoli advised me to go back to Nigeria since I cannot do any other work here now that I am pregnant.”

Sounding confused, Ekumabo said she did not get any comfort or words of encouragement from her immediate family. Her biological mother forbade her to return home “empty handed,” she said.

“When I called my family that I was coming back, my mother asked them to tell me to stay back and try my best to cross to Europe.

“But I said to myself that since she was not the one who sent me to Libya, she had no right to tell me to cross to Europe,” Ekumabo said.

She explained that the Edo State Government has advised her to keep the pregnancy and has promised to give her accommodation where she will stay and be delivered of the baby.