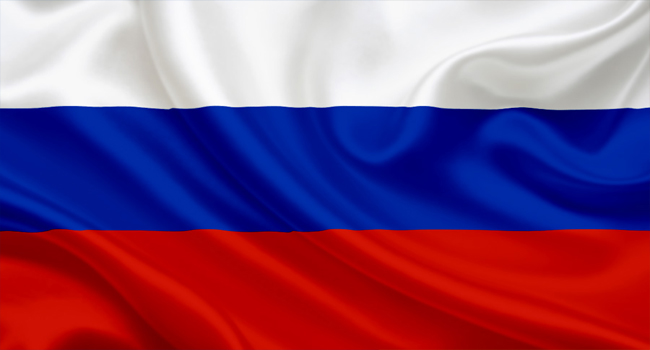 The Russian doping scandal has hit world sport and the country itself hard, as medal after medal has been stripped from the hosts of the 2014 Sochi Winter Olympics.

The International Olympic Committee is expected to decide Tuesday whether to ban Russia from the 2018 Pyeongchang Winter Games.

Here are key dates in the scandal:

Russia basks in a golden hue after topping the medals table at the Sochi Winter Games in the Black Sea resort, with 13 titles and 33 medals in total. President Vladimir Putin poses for photographs with many of the Russian winners.

ARD airs a second documentary with new accusations aimed at Russian and Kenyan athletes based on a leaked IAAF database with details of 12,000 blood tests from 5,000 competitors which revealed “extraordinary” levels of doping.

WADA’s report calls on Russia’s track and field team to be banned from international competition, including from the 2016 Rio Olympics, until “state-sponsored” doping is eradicated. The IAAF suspends the Russian athletics team. WADA also suspends Russia’s national anti-doping body, RUSADA, over non-compliance.

WADA’s second report into doping and corruption is published. It says high-ranking IAAF officials must have known about the wide scope of doping.

The former head of Moscow’s anti-doping laboratory, Grigory Rodchenkov, who is exiled in the United States, describes an organised doping campaign including at least 15 medallists from the Sochi Olympics, with the close involvement of the sports ministry and Russia’s FSB security service, the successor to the KGB.

Another ARD programme claims that Russian authorities have been covering up for coaches disgraced by the doping programme, directly pinpointing Mutko for his alleged involvement in the cover-up.

The IAAF Council unanimously votes to extend the ban on the Russian athletics federation, but offers an Olympic lifeline to athletes training outside the Russian system to compete in Rio as neutrals.

The investigation finds the FSB helped “the state-dictated failsafe system” carried out by the sports ministry and covering 30 sports.

WADA calls for Russia to be banned from the Rio Olympics.

IAAF clears only US-based long jumper Darya Klishina to compete in Rio, after 136 Russian athletes applied for exemption from the blanket ban.

After CAS dismisses the Russian appeal, the IOC executive decides that any Russian wanting to compete in Rio will have to prove that he or she was not involved in doping.

At Rio, around 270 Russians are cleared to compete, with 111 excluded.

Second part of McLaren Report published, alleging state-sponsored doping by the Russians between 2011 and 2015 with sample tampering at the 2012 London Olympics and Sochi 2014.

Twenty-eight Russians competing in Sochi are implicated in cheating by McLaren.

At the IOC’s Congress in Lima to award the 2024 Summer Olympics to Paris and 2028 Games to Los Angeles, 17 national anti-doping agencies including the United States, France, Germany and Britain demand Russia’s exclusion from Pyeongchang, calling it “one of the biggest doping scandals in sporting history”.

President Putin warns of Russian “humiliation” and serious harm to the Olympic movement if the country is forced to compete under a neutral flag or excluded altogether.

IOC comes down hard on Russian cheats, stripping Alexander Legkov of his Sochi 50-kilometre cross country gold medal and banning him for life.

In the space of one month the IOC dishes out similar sanctions to 25 Russians from Sochi Games. Russia is stripped of four 2014 titles, and a third of their 33 medals, including the two titles won by their Sochi flag carrier, bobsleigh star Alexander Zubkov.

Mutko, now Russia’s deputy prime minister, uses a speech before the draw for the 2018 World Cup that Russia will host to slam doping allegations as “an attempt to create an image of an axis of evil.”

He says: “This is all because we are such a great sport superpower.”

On Tuesday, IOC meets in Lausanne to decide whether to ban Russia from Pyeongchang, although if it does so it is likely to allow some Russians to compete as neutrals.

Facebook Comments
How The Russian Doping Scandal Has Unfolded