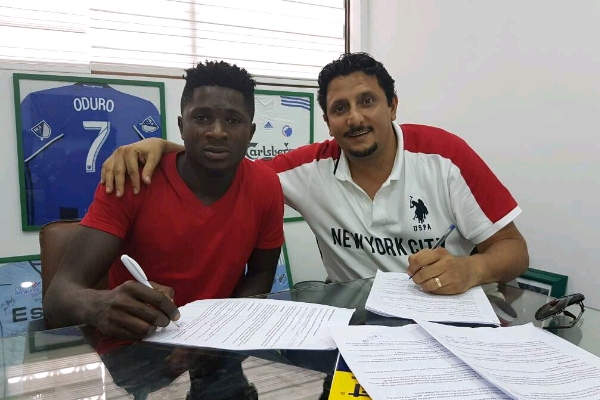 The defensive midfielder, who was on loan at Nigeria Professional Football League club Akwa United last season, is Inter Allies’ third signing ahead of the new season.

He arrived at the club earlier this week and did enough in training to secure a move to the modest side.

President of Inter Allies, Rabeh El-ter, told the club’s official website: “This is a very positive addition to our team because he will offer a lot to us.

”He is a young player with huge capacity to learn and develop, with lots of quality.”

Aremu expressed his delight at joining a good team, saying: “I would like to thank all parties involved in making this deal a successful one, it is a great move for me to come here to develop my career.

“I am very excited to be signing for a good club such as Inter Allies. I am looking forward to working with the new coach and the players.

“I hope to do my best and exhibit my quality to help the team.”

The midfielder was also a key member of the Nigeria home-based Super Eagles team that came second at the WAFU Nations Cup this year in Ghana.

He is now ineligible to feature for Nigeria at next year’s African Nations Championship as the competition is meant only for players plying their trade in their country’s domestic leagues.